X
Across the UK > London, East and South East > Teen falls to his death at St Paul's Cathedral

Teen falls to his death at St Paul's Cathedral

A teenager died after falling 30 metres from the Whispering Gallery at St Paul's Cathedral earlier this week, it has emerged.

Members of the emergency services called to the central London landmark on Monday afternoon were unable to save the unidentified male.

The death, which prompted the closure of St Paul's for the rest of the day, is not being treated as suspicious. It is the second fatal fall at the attraction within 18 months.

A City of London police spokesman said: "We were called to St Paul's Cathedral on Monday 1st April 2019 at 3.57pm to a report of a male in his late teens who had fallen from the gallery within the building."

We are sorry to announce that we are closing the Cathedral for the rest of the day and Evensong will not take place this evening. More information to follow.

A spokesperson for the London Ambulance Service said an air ambulance was sent to the scene. They added: "Sadly, despite the efforts of medics, a person died at the scene."

Lidia Dragescu, a 23 year old figure skater died after falling from a gallery at St Paul's Cathedral in October 2017. 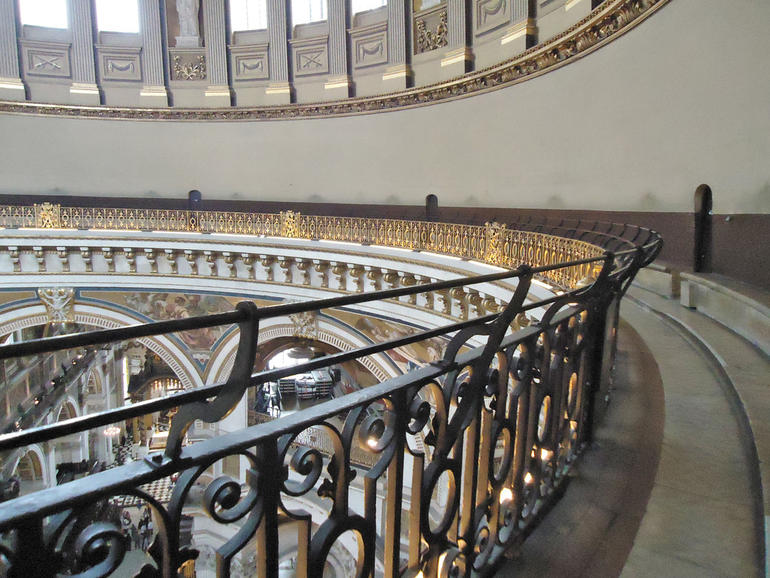 At the time, cathedral bosses said: "Although robust procedures for emergency situations are in place at St Paul's, and today's response bore that out, it does not lessen the shock we feel as a close community, especially for those of us who witnessed and responded to this incident."

A woman has died after falling from a balcony in St Paul's Cathedral. Police were called at 10.30am on Wednesday after she dropped 100ft (30m) from the Whispering...

END_OF_DOCUMENT_TOKEN_TO_BE_REPLACED

The family of a "talented student" who died after falling from a balcony in St Paul's Cathedral have paid tribute to the "most beautiful person in the world".