X
Across the UK > Northern Ireland > It's a 'tragic day for unborn children': NI Catholic bishops lament legalisation of abortion

The Catholic bishops of Northern Ireland have released a statement expressing their frustration of the decriminalisation of abortion.

The Northern Ireland (Executive Formation etc) Act 2019 voted in at Westminster came into force at midnight.

It means women are legally allowed to terminate a pregnancy up to 28 weeks of the baby's life. Healthcare workers will also not be prosecuted.

The Catholic bishops of Northern Ireland said this legal framework has led "to potentially one of the most liberal and unregulated abortion regimes in the world".

"This is a tragic day for the unborn children who will now never bless our world with their unique and precious lives. It is also a sad day for our local democracy." 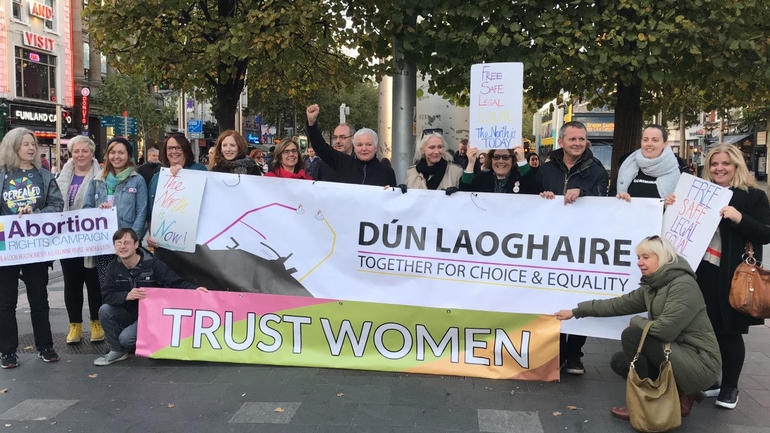 A rally in Dublin City centre to celebrate the eminent decriminalisation of abortion and gay marriage in Northern Ireland.

The legislation was designed by the Government to provide the legal framework for under-pressure civil servants to continue running public services in the region in the ongoing absence of powersharing.

However, during its passage through Parliament in the summer, opposition MPs bolted on amendments to the law to bring about the historic abortion and marriage reforms. 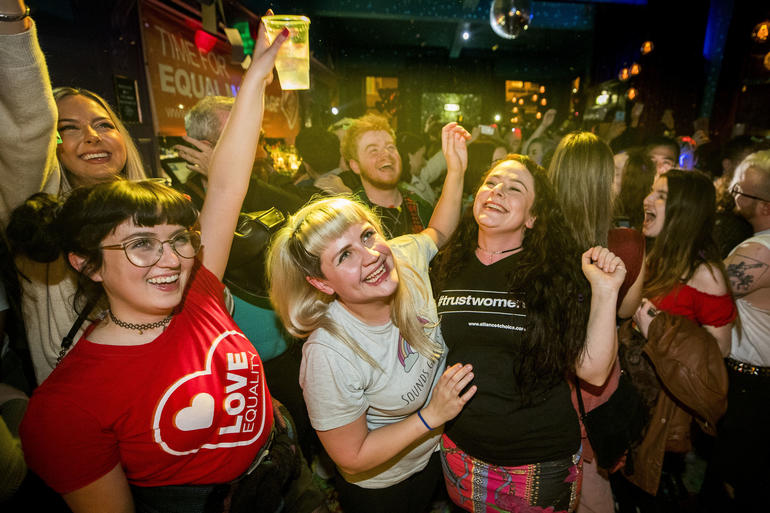 Under the Act, the Government is also obliged to make regulations to extend same-sex marriage to Northern Ireland by 13 January.

The only way the law changes could have been halted ahead of the midnight deadline was if a new devolved executive had been in place before then.

That was also going to be a long shot. More than 1,000 days since powersharing imploded amid a row over a botched green energy scheme, recent months saw limited progress in efforts to resolve the raft of issues still preventing the DUP and Sinn Fein re-entering government together. 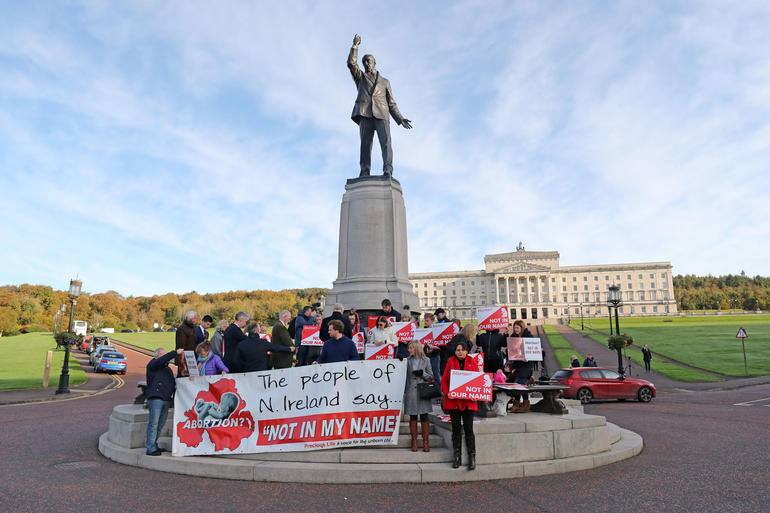 Members of Pro Life take part in a photocall in the grounds of Stormont Parliament, Belfast, the Stormont Assembly will sit for the first time in two and half years later after it was recalled by MLAs wishing to protest at changes to Northern Ireland's abortion laws

The statement from the bishops continued: "For the past three months, with tens of thousands of others, we have been calling on our political representatives to restore the NI Assembly, not only to address the pressing economic, social, health, welfare and educational issues of these times, but especially also to debate and halt the Abortion legislation which was rushed through the Westminster Parliament in July 2019."

The Assembly did sit for the first time in over two and half years on Monday, after DUP members and several other anti-abortion unionists signed a recall petition to reconvene proceedings.

However, the members were unable to influence the law changes as the Assembly could not function properly in the absence of a ministerial executive.

Handout video grab from NI Assembly TV showing a half empty debating chamber at the Stormont Assembly in Belfast, as it sat for the first time in two and half years after it was recalled by MLAs wishing to protest at changes to Northern Ireland's abortion laws.

The DUP's attempt to table legislation to halt the abortion reform fell at the first hurdle after outgoing speaker Robin Newton ruled that the bill could not be considered until a new speaker was elected - an appointment that was impossible without nationalist approval.

Sinn Fein boycotted proceedings while the SDLP walked out after making clear it would not participate in the election of a speaker.

DUP leader Arlene Foster has vowed to explore legal options to stop the liberalisation of abortion in the region. 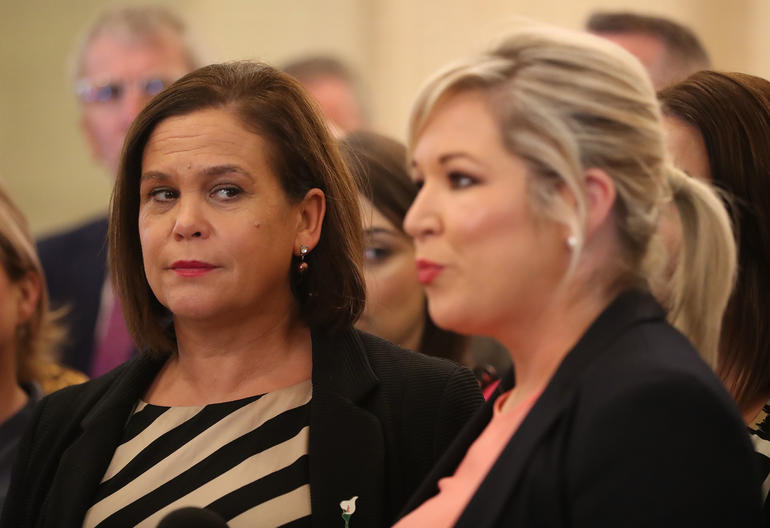 "To describe as a 'stunt' the efforts of thousands of citizens from all sections of our community to make use of the democratic system to address an issue of such fundamental importance is deeply offensive," the statement adds.

The statement also addresses their disapproval about the "redefinition of marriage".

They called on their locally elected representatives to bring together the Assembly to deal with the introduction of this legislation and the range of other issues such as welfare, health and education.

The bishops also asked people to pray for the situation saying: "…pray for a society which respects the equal right to life and care of a mother and her unborn child, with a compassion that welcomes every child as a unique and wonderful gift."

Join Ian Britton on Sunday (29 March) evening at 7 for a special... END_OF_DOCUMENT_TOKEN_TO_BE_REPLACED

We live in an increasingly secular culture. This should challenge... END_OF_DOCUMENT_TOKEN_TO_BE_REPLACED

The last ten years have been a period of austerity in Government... END_OF_DOCUMENT_TOKEN_TO_BE_REPLACED