X
Across the UK > Scotland > Independence: The issues facing Christians

Premier has been speaking to Christians on both sides of the Scottish independence debate to find out what issues believers are considering before casting their vote.

The UK's nuclear deterrent is kept at Faslane on Scotland's west coast.

It's made up of four nuclear submarines with at least one on constant patrol around the world.

Removing nuclear weapons from Scottish waters is a main principle of the Yes Campaign.

It's not known what the UK government would do with the submarines in the event of a yes vote.

"We could be using that money for the National Health Service, for education and for trying to help the poorest in our society."

Revd Scott Rennie is voting no.

He said: "I'm not in favour of Trident myself but in my point of view where is the moral victory if we move it from Faslane to a few hundred miles south of the border.

"If we want to argue for their non-continuance then I think that's best done by Scots in the British government and not apart from it."

One in five of Scotland's children are living in poverty. 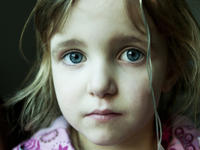 In some areas of the country that figure can be as high as one in three.

Yes say this can be solved better with the powers of independence but no says the best way to tackle the issue is as part of the United Kingdom.

For Yes, Revd John MacGregor said: "I'm a great believer, always have been, in social justice.

"I'm 61 years of age and since the day I was born Scotland has voted for socialist government and yet for more than half of my life I've had Conservative government."

For No, Revd Scott Rennie said: "My care for the poor doesn't end at Carlisle or Berwick.

"I'm concerned for poor people across these islands.

PLACE OF THE CHURCH IN SCOTLAND

Although the Church of Scotland is the national church it is not the 'state church' like the Church of England is south of the border. 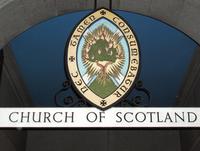 Revd Scott Rennie is voting no and explains his thoughts on the positon the Church of Scotland would take if there's a yes vote as a no voter:

"In an independent Scotland there are lots of unanswered questions about the role churches and faith communities will play constitutionally and particularly about the Church of Scotland.

Revd Tommy Bryson is voting yes and tells us what he thinks will happen if there's a yes.

"I don't think it [the position of the Church] will change very much [after independence].

"A result in saying yes is a complete disestablishment from the state and until that is established I don't think people will trust the Church as what it did in the past."

Join Ian Britton on Sunday (29 March) evening at 7 for a special... END_OF_DOCUMENT_TOKEN_TO_BE_REPLACED

How have rural churches fared during the pandemic?

The Rt Revd Richard Jackson, is the 106 Bishop of Hereford and was... END_OF_DOCUMENT_TOKEN_TO_BE_REPLACED

Every Sunday Christian’s around the country are joining Premier... END_OF_DOCUMENT_TOKEN_TO_BE_REPLACED