Six police officers and staff will face misconduct proceedings following the death of a man with mental health problems in police custody.

Thomas Orchard, 32, died in hospital seven days after being arrested and brought to Heavitree Road police station in Exeter, Devon, in October 2012.

Mr Orchard, who had paranoid schizophrenia, was held down, handcuffed and a large webbing belt designed to restrain arms and legs was placed across his face.

The IOPC, which investigated the circumstances surrounding Mr Orchard's death, submitted a report stating that seven officers and staff had cases to answer for gross misconduct. 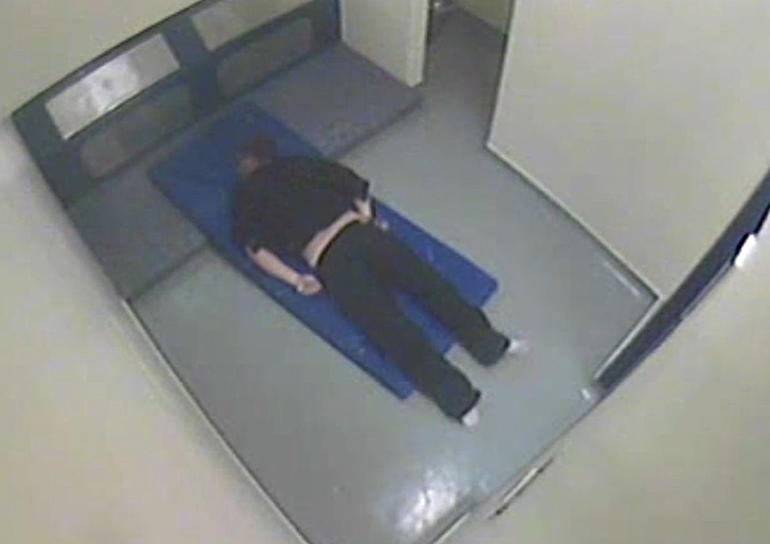 A spokeswoman for the police watchdog said Devon and Cornwall Police disagreed with this and so the IOPC has directed the force to hold misconduct proceedings for six officers and staff.

These will relate to "allegations over their use of force", the IOPC spokeswoman said.

In a statement issued through the charity Inquest, Mr Orchard's family said: "Since the trial a year ago, in which one of the officers and the two custody officers were found not guilty of manslaughter, our family has been shocked and outraged by the force's persistent refusal to hold disciplinary hearings to establish if their staff seriously breached professional standards. 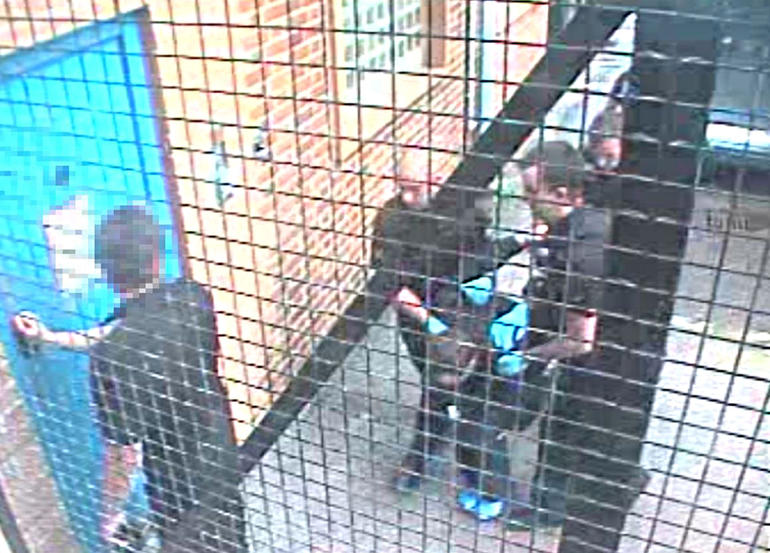 "We now urge Devon and Cornwall Police to: hold the hearings swiftly and without further dispute; to consider asking another force to present the case; and to open the proceedings to the public.

"Only by holding open, honest and transparent hearings can our family's confidence be restored and the public interest be served.

"We hope that the media and public will join us to demand rigour and fairness from this process." 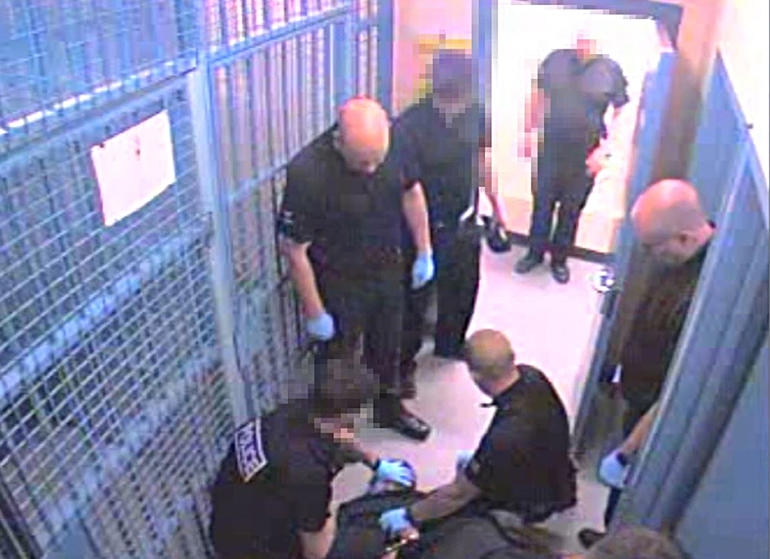 The IOPC said Devon and Cornwall Police would arrange the hearings "in due course".

Sarah Green, regional director of the watchdog, said: "The decision to direct the hearings has not been taken lightly.

"In directing the force to hold these proceedings, I have taken into account the seriousness of the conduct complained of and the need to uphold proper professional standards and maintain public confidence in the police.

"It is important that the hearings will scrutinise the evidence in this case, and be presented on the basis of that evidence, as opposed to any opinions expressed by us or the force.

"It will be for the future panel to determine whether or not professional standards were breached."

The IOPC said it had "taken into account" the acquittal of Sgt Kingshott, Mr Tansley and Mr Marsden last year.

One police constable involved in the initial arrest of Mr Orchard should be dealt with through management action, it added.

James Vaughan, the deputy chief constable of Devon and Cornwall Police said: "This is lengthy and complex correspondence for the Force, and the officers and staff concerned will need to take the time they need to consider their position and the subsequent response to it.

"We continue to offer support to the staff involved in these proceedings but the effect this has had on them and the Orchard family since October 2012 cannot be underestimated.

"We will now further discuss the matter with the IOPC."

Mr Orchard was experiencing a mental health crisis when he was arrested in Exeter city centre at 11am on October 3, 2012.

He was dealt with by seven police officers, handcuffed and restrained around his legs before being driven to the Heavitree Road custody unit.

The church caretaker appeared to attempt to bite an officer as he was taken through the door into the holding of the custody suite and was then held down by three officers.

An emergency response belt (ERB) was wrapped around his face.

Devon and Cornwall Police had authorised the US-made restraint device for use across the face to prevent spitting or biting.

A risk assessment by the force did not identify or refer to any risks to detainees when the belt was used around the head.

Mr Orchard was carried to a cell and placed chest-down on a mattress, where he was searched while handcuffed, in restraints and with the ERB around his face.

The ERB and restraints were then removed and Mr Orchard was left alone in the locked cell - where he lay motionless for 12 minutes before custody staff re-entered and commenced CPR.

Bristol Crown Court heard Mr Orchard was restrained for a total of 22 minutes, with the ERB around his face for five minutes and two seconds.

A pathologist found he died from severe hypoxic-ischemic brain damage, caused by a prolonged cardio-respiratory arrest "following a violent struggle and period of physical restraint".

The ERB is no longer used about the head following Mr Orchard's death.