The hoisting of a massive Russian flag on Salisbury Cathedral's scaffolding has been branded "a remarkably stupid thing to do" by bosses at the Wiltshire landmark.

Workmen were seen removing the banner on Sunday, almost one year after a former Russian spy and his daughter were poisoned with the Novichok nerve agent in the city.

Very Rev Nicholas Papadopulos, the Dean of Salisbury Cathedral, said: "This was a remarkably stupid thing to do and makes light of the huge personal tragedies involved, and the damage done to the city by the unprecedented nerve agent attacks on Salisbury last year."

The hanging of the flag, described as a "slap in the face" by one local councillor, reportedly took place overnight.

Thankfully it has been removed now - what a stupid stunt - mocking the serious events sadly experienced in Salisbury last year https://t.co/eDUBFhuOT4

John Glen, is a Christian and the MP for Salisbury.

Jo Broom, Conservative representative for the St Martin's and Cathedral Ward, said: "My initial reaction was just one of shock and sadness that someone would choose to do this at any time, but particularly as we're leading up to the first anniversary of the incident and the city is very much trying to be positive.

"Residents will just be very upset; it's just a little bit of a slap in the face."

A 44-year-old woman, Dawn Sturgess, died after she came into contact with a perfume bottle used to contain the substance. 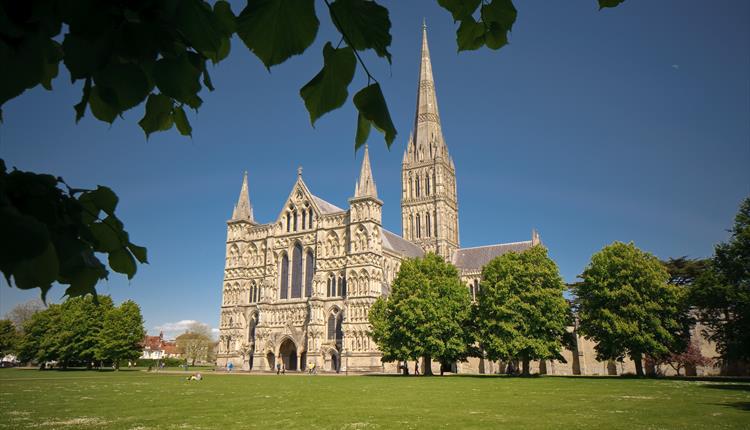 Wiltshire Police said: "We are aware of this matter and inquiries are ongoing. It is not a police matter at the moment."

RT have sent another broadcast company a chocolate model of Salisbury Cathedral, the spot the Salisbury spy poisoning suspects claimed they were visiting.

END_OF_DOCUMENT_TOKEN_TO_BE_REPLACED

The Bishop of Salisbury has issued a 'Declaration of Hope' following a "difficult year" which saw the city rocked by nerve agent poisonings.

END_OF_DOCUMENT_TOKEN_TO_BE_REPLACED

One of the oldest surviving copies of the Magna Carta has gone back on public display following an attempted theft at Salisbury Cathedral.

The two Russian men who have been accused of the Salisbury nerve agent attack have claimed they were visiting the city to see the cathedral.