A welsh doctor says she was moved by God to skip her summer holiday to help fight leprosy in Nepal.

Whilst her friends headed for the beaches of New Zealand, 24 year old Jess Perry felt called to treat sufferers of the disease at the Nepalese Hospital Anandaban.

Perry said "Currently, one person every two minutes is diagnosed with leprosy. That needs to change."

Left untreated, leprosy causes progressive and permanent damage to the skin, nerves, limbs and even blindness.

"The prejudice, myths and fears surrounding leprosy are truly heart-breaking. The stigma is so great that people with symptoms tend to avoid seeking treatment because they don't want to be diagnosed.

"It's frustrating because it is easily treatable with a course of antibiotics - and the earlier you come, the better the outcome."

She said: “God clearly told me he wanted me to be a doctor but not coming from an affluent area and from a family where nobody had been to university before, it seemed quite an ambition. There were many times when I doubted I could or should continue with medicine.

“My faith also helped me through medical school when you see, for the first time, so many patients getting horrible diagnoses. The world is really rubbish sometimes but it’s a temporary thing. We live in a broken world but ultimately God will make all things new and we just need to do our bit until then.

“Going to Anandaban Hospital was also a God thing. I’d been planning to go to New Zealand until I got a random email from one of my tutors about doing a medical elective with The Leprosy Mission.

“Then every devotion I read seemed to be about Jesus healing a man with leprosy until I came to accept that God wanted me to work with people with leprosy!

“Working there for just nine weeks showed me what it means to put your life on the line for Christ – that your life is not in your hands." 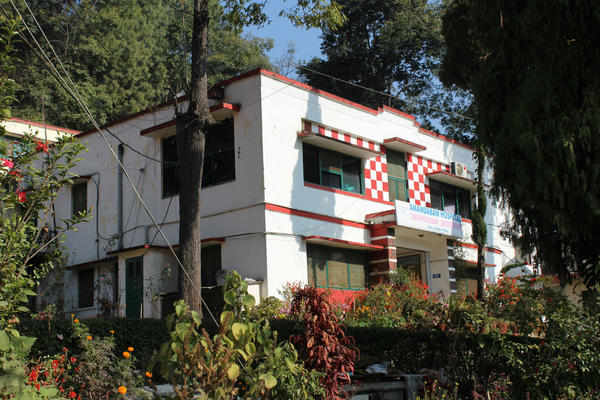 With over 3,000 cases diagnosed in the region in 2017, the UK government have vowed to double the money raised by the charity through its UK Aid Match scheme in a bid to tackle the disease.

International Development Secretary Penny Mordaunt said: "This is just one of a number of UK aid projects tackling diseases around the world - from the Ebola vaccine which has saved thousands of people in the DRC, to the millions of children immunised in the world's poorest countries from preventable diseases.

"Our work is building a safer, healthier, more prosperous world for people in developing countries and in the UK too."