The ashes of victims' rights campaigner and Christian Jill Saward have been scattered by her husband in north-west Wales.

Gavin Drake released the remains into the sea off Nefyn beach in Gwynedd on Saturday, following a memorial service attended by her family (pictured below) at St David's Church.

The vicar's daughter died at the age of 51 on 3rd January 2017 after suffering an unusual type of stroke. She drew attention for becoming the first rape victim in the UK to waive her right to anonymity to speak about a sexual assault. 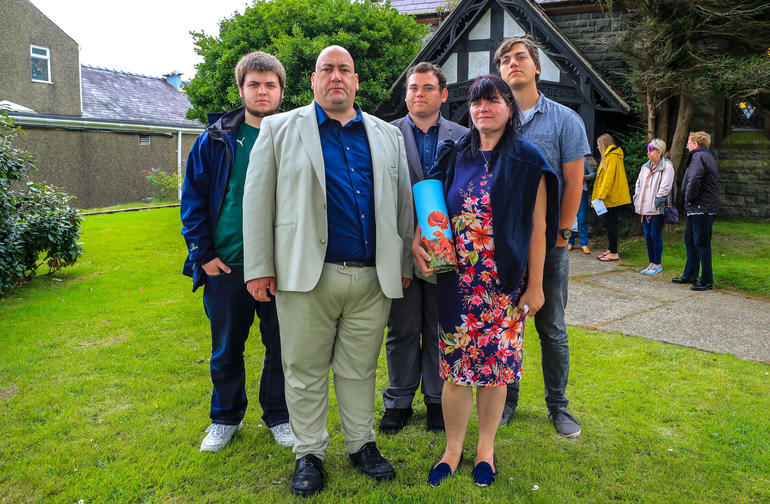 Jill's husband Gavin and sons Myles, Fergus and Rory outside the church of St David's in Nefyn.

In a case known as the Ealing Vicarage Rape, Ms Saward was subjected to a brutal rape at her home while her father and boyfriend were tied up.

Speaking ahead of the service, Mr Drake told the Mirror his late wife never got over the attack, saying "it was always something in the background".

Liverpool-born, Ms Saward later advised police and the courts on dealing with sexual assault and rape cases. She also made many media appearances as she campaigned for the access of victims to justice. 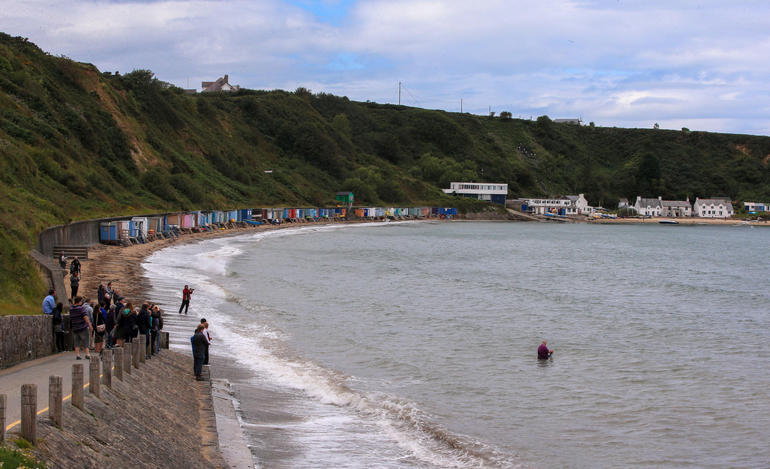 Martin McCall, 22 at the time of the attack, was jailed for five years for raping Ms Saward. He was also sentenced to five years for aggravated burglary.

Christopher Byrne, also 22 at the time, was sent to prison for three years for rape and five years for aggravated burglary and assault.

Thirty-four at the time, Robert Horscroft, the leader of the gang who played no part in the rape, was sentenced to 14 years for burglary and for assaulting Ms Saward's father.

The brother of Christopher Byrne, Andrew, was beaten unconscious in detention before police could question him. He died following four years spent in a coma.