Which church does God prefer?

In my formative years as a young Christian, travelling round, experiencing a variety of Christian expressions, from ultra-charismatic to super-reformed, one thing always puzzled me; how come God always seemed to adapt to the theology of the congregation? In reformed churches, He was in the Bible readings, in the high churches He was in the sacraments, in the emergent churches He was in the love expressed between folk and in the charismatic churches He was in the never-ending prophecies, tongues and various manifestations. Each expression would emphasise theirs as the only authentic expression and it seem to make a lie out of Paul’s words in Romans 12:5, in Christ we, though many, form one body, and each member belongs to all the others. 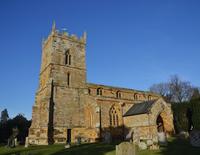 It was only when I researched such things that the context became clear. It was nothing about God adapting to our needs, it was about man straying from His needs. The reformed churches tended to believe that the spiritual gifts ceased in the 1st Century, hence their reliance solely on the Word. The High churches still held onto the medieval doctrines, influenced by Aristotle, of external rituals being the key to God’s heart. The emergent churches were sure that the church must change with the times and promoted a one-dimensional ‘God of Love’, as if that was the sum-total of His character and attributes. And the charismatics emphasised experience over all, allowing emotions often to cloud the proceedings.

We have made it all about ourselves and we have brought ra into the equation, chaos and division. The antidote is to work towards the true shalom of unity and it is worth revisiting the first model of Church. We’ll do this by reading 1 Corinthians 12 in its entirety to reboot this whole issue:

Now about the gifts of the Spirit, brothers and sisters, I do not want you to be uninformed. You know that when you were pagans, somehow or other you were influenced and led astray to mute idols. Therefore I want you to know that no one who is speaking by the Spirit of God says, “Jesus be cursed,” and no one can say, “Jesus is Lord,” except by the Holy Spirit. There are different kinds of gifts, but the same Spirit distributes them.There are different kinds of service, but the same Lord. There are different kinds of working, but in all of them and in everyone it is the same God at work. Now to each one the manifestation of the Spirit is given for the common good. To one there is given through the Spirit a message of wisdom, to another a message of knowledge by means of the same Spirit, to another faith by the same Spirit, to another gifts of healing by that one Spirit, to another miraculous powers, to another prophecy, to another distinguishing between spirits, to another speaking in different kinds of tongues, and to still another the interpretation of tongues. All these are the work of one and the same Spirit, and he distributes them to each one, just as he determines. Just as a body, though one, has many parts, but all its many parts form one body, so it is with Christ. For we were all baptized by one Spirit so as to form one body—whether Jews or Gentiles, slave or free—and we were all given the one Spirit to drink. Even so the body is not made up of one part but of many. Now if the foot should say, “Because I am not a hand, I do not belong to the body,” it would not for that reason stop being part of the body.And if the ear should say, “Because I am not an eye, I do not belong to the body,” it would not for that reason stop being part of the body.If the whole body were an eye, where would the sense of hearing be? If the whole body were an ear, where would the sense of smell be? But in fact God has placed the parts in the body, every one of them, just as he wanted them to be. If they were all one part, where would the body be? As it is, there are many parts, but one body. The eye cannot say to the hand, “I don’t need you!” And the head cannot say to the feet, “I don’t need you!” On the contrary, those parts of the body that seem to be weaker are indispensable, and the parts that we think are less honourable we treat with special honour. And the parts that are unpresentable are treated with special modesty,while our presentable parts need no special treatment. But God has put the body together, giving greater honour to the parts that lacked it,so that there should be no division in the body, but that its parts should have equal concern for each other. If one part suffers, every part suffers with it; if one part is honoured, every part rejoices with it. Now you are the body of Christ, and each one of you is a part of it.And God has placed in the church first of all apostles, second prophets, third teachers, then miracles, then gifts of healing, of helping, of guidance, and of different kinds of tongues. Are all apostles? Are all prophets? Are all teachers? Do all work miracles? Do all have gifts of healing? Do all speak in tongues? Do all interpret? Now eagerly desire the greater gifts.

Yes, it’s been a big chunk to read, but this is Holy Scripture and far more important than anything I could say! This is a fly on the wall of a 1st Century ekklesia. What we mustn’t do is to read this and assume that the charismatics are the only ones that have it right. They have the language … but not always the application. We will build on this.

How do we make God really happy? END_OF_DOCUMENT_TOKEN_TO_BE_REPLACED

How does the church all fit together? END_OF_DOCUMENT_TOKEN_TO_BE_REPLACED

How do we worship? END_OF_DOCUMENT_TOKEN_TO_BE_REPLACED

Where does God really want us to be? END_OF_DOCUMENT_TOKEN_TO_BE_REPLACED

Robert Joyce from a small town in central Arkansas was challenged... END_OF_DOCUMENT_TOKEN_TO_BE_REPLACED

Cardinal Jorge Mario Bergoglio from Argentina has been elected... END_OF_DOCUMENT_TOKEN_TO_BE_REPLACED

Rescue workers are combing the ruins left by the gigantic tornado... END_OF_DOCUMENT_TOKEN_TO_BE_REPLACED