Is there life in our churches?

I have just read the first novel, The Legacy, by the well-known cultural commentator, Melanie Phillips. As a secular Jew, the novel reflected the journey she has undoubtedly been on and, although there is no religious angle in the novel, the portraits she paints of Jewish cultural life are evocative. She parallels three stories, in England in the 12th Century, Poland in the 1940s and modern-day London. Despite the geographical and historical disparities the theme of strong, moral, family-centred life connects all three and it is clear that the author feels a sentimental pull of the certainties of Jewish family life in a world that is doing its best to destroy such a regressive patriarchal out-dated structure! 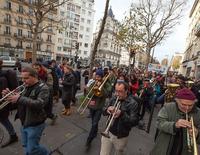 If there is one word that comes to mind it is “life”, the triumph of the human spirit over adversity, persecution and hatred. Think of the wedding celebration in “Fiddler on the Roof”, the Sabbath throng at the Western Wall or Passovers being celebrated by Auschwitz inmates. Of course, Jews don’t have a monopoly here, but there is something about adversity that binds a community together and where there is a shared communal experience, there is life. And arguably, Jews have such a far deeper experience of adversity, in fact much of their four thousand years of experience has been as pariahs, that they can honestly say, done that, got the t-shirt. It’s a slap in the face of their persecutors, even death itself, by declaring that life is so precious that we will survive whatever the odds and we are going to savour every minute of it.

When I was growing up I was introduced to a Hebrew word, chaim. My father always told me that it’s the joi de vive that Jewish people have in abundance, particularly when they get together. I never really understood this as I knew many miserable sour-faced Jews, just as I also came across vivacious and sparkling Gentiles, my wife Monica being a good example. This word chaim simply means “life” and Jews use it when making a toast with wine. L’chaim, they exclaim, to Life! This exclamation is never made over water and some rabbis have an interesting explanation for this. They say that the Hebrew letter most associated with Jews is the yod. The word for wine is yayin, which has two yods, alluding to Jews coming together in celebration. The word for water, mayim, only has a single yod, and “… it is not good for a human being to be alone”!

Let’s consider that declaration from Deuteronomy 30:

This day I call the heavens and the earth as witnesses against you that I have set before you life and death, blessings and curses. Now choose life, so that you and your children may live and that you may love the Lord your God, listen to his voice, and hold fast to him. For the Lord is your life, and he will give you many years in the land he swore to give to your fathers, Abraham, Isaac and Jacob. (Deuteronomy 30:19-20)

How frustrating it is to read this “after the event”. Why couldn’t Moses’ generation have just listened to these words? All they had to do is realise that their lives were in the Lord’s Hands and all they had to do was be faithful to Him. Was it such a big thing to listen to Him? How history could have been kinder to them if they had? Well, we can’t change history but we certainly can claim this Scripture for ourselves and choose life, as the rules ain’t changed because He hasn’t changed.

Is there chaim in our churches? Of course, one can’t speak for every church everywhere, but here’s a general observation. Church congregations tend to be artificial communities of people brought together because of a shared experience of Jesus, but mostly without shared backgrounds, culture and so on. One often gets the impression that there is more to divide them than to unite them. It is as if there’s a missing ingredient, one that would bring them together in stronger ways. Jews have two candidates for this, a shared background and culture and also a shared experience of persecution. It is a community that has a justified paranoia complex, they really are out to get us!

Are our churches true communities?  END_OF_DOCUMENT_TOKEN_TO_BE_REPLACED

Where does God really want us to be? END_OF_DOCUMENT_TOKEN_TO_BE_REPLACED

Why did the Church start celebrating the Sabbath on a Sunday... END_OF_DOCUMENT_TOKEN_TO_BE_REPLACED

The Supreme Court appeal for Asia Bibi will begin on Monday in... END_OF_DOCUMENT_TOKEN_TO_BE_REPLACED