What is real living?

“To live is the rarest thing in the world. Most people exist, that is all.” Oscar Wilde

We all share one thing, the precious gift of life. We are so used to it, so familiar with it, that we have lost the sense of wonder and appreciation at what God has given us. We just exist. Yet life is not what it could be for most of us. A flick through history books and news bulletins shows us how hard it can be, this mortal journey, with deprivations, conflicts and afflictions. As Christians we need to realise that it need not have been so. Yes, we are all suffering from the effects of the Fall, but there is also our responsibility:

This day I call the heavens and the earth as witnesses against you that I have set before you life and death, blessings and curses. Now choose life, so that you and your children may live. (Deuteronomy 30:19) 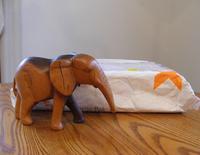 The context is, of course, the children of Israel, poised by the River Jordan after a 40 year meander. They are ready to enter into their destiny and Moses is giving the speech of his life. He’s laying out the simple formula of how one’s choices can affect one’s future and he urges them to choose life, a life of righteousness and faithfulness to their Creator!

Did the early church choose life? Of course it did, we just have to read the exciting narrative of the Book of Acts to see this group of believers in the risen Jesus defying all odds in flourishing and making an impact on the mighty Roman Empire. But once this Empire became “Christian” itself, it was as if all life had been sucked out of it. Our Kingdom is not of this world, it can’t be used to prop up an earthly “kingdom”. When this was attempted we encountered a dilution, even a corruption, of the central messages, leading to compromise and a synthesis known as Christendom, where the rule of fear and superstition was promoted in the name of Christ.

We are called to be more than conquerors, children of the King, new creations, a redeemed people. This list can be added to with title after title, yet have Christians always lived accordingly, or are these just internalised platitudes? It seems a bad joke to consider these titles for those who had to live in the times of forced conversions, Crusades, Inquisition, doctrine wars, when clergy were often corrupt and self-serving and when Bibles were not available for ordinary people to read and act upon. Try telling a medieval peasant that he is ‘more than a conqueror’ and see where that would get you?

Choose life? How is that possible when so many Christians in history had no choice at all that could change their circumstances? Any Biblical promises that are available to every Christian who has ever lived are only valid if they have had a Bible to read or someone else to explain it to them. We are truly a blessed generation, in that we have both. So how have we lived as more than conquerors, children of the King, new creations, a redeemed people? Are we defined by these titles? Is this how the outside world would see us and marvel at the joy that we exude?

It may be correct to say that not all joy leads to God, but all joy certainly comes from God. Jewish tradition tells us that the joy with which a deed is done is more precious than the deed itself. Your law is my delight … (Psalm 119:77). Do we show delight in our actions, however mundane they are? We should at least try to be cheerful, which can be quite difficult for some of us, me included. If we, who are guaranteed and promised so much by the only Person equipped to carry out these guarantees and promises, can’t show the joy, then one may wonder what it must really take to budge us!

Though you have not seen him, you love him; and even though you do not see him now, you believe in him and are filled with an inexpressible and glorious joy. (1 Peter 1:8)

I don’t think that “inexpressible” in this context actually means that we must inhibit our joy, but rather that words just can’t do justice to what we are feeling inside. Now, frankly, I would like some of that. Hopefully you would, too. Yes, we have chosen life, now all we need is for life to choose us!

What does this mean? It seems that there’s life and then there’s life in the Son! Everyone in the world is alive, but there’s something special about being part of THE LIFE. We are so incredibly privileged.

Is there life in our churches?  END_OF_DOCUMENT_TOKEN_TO_BE_REPLACED

How does the church all fit together? END_OF_DOCUMENT_TOKEN_TO_BE_REPLACED

A Muslim father has been convicted of racially abusing staff... END_OF_DOCUMENT_TOKEN_TO_BE_REPLACED

Christians in Russia are now banned from discussing their faith... END_OF_DOCUMENT_TOKEN_TO_BE_REPLACED