Who is the Church?

Yes we are in the World but not of it, we are living in the kingdom of the World but are spiritually informed by the Kingdom of God. How does this work out for us?

The really big thing to realise is that God has made us all different and has different plans for each of us. It’s the only way to make sense of those who have been born into poverty, or into an abusive family, or into a harsh environment, or with life-altering disabilities. God has not done this to punish them and there’s absolutely no truth in the Eastern tradition of ‘karma’, where our present circumstances are determined by our actions in some ‘past life’.

“Just as people are destined to die once, and after that to face judgment …” (Hebrews 9:27)

Our primary responsibility is to accept our circumstances and discern what our place is in the Kingdom of God, as we all surely have a role as citizens. Running alongside this is to also discover how to live in the Kingdom of the world. Again, this is different for each of us and one thorny subject that undergirds this is money and finances. Here’s what I said in To Life!

“… it seems that the financial needs of the early Church were met through the redistribution of wealth, so that no-one in the Body of Christ was needy. And that was it. 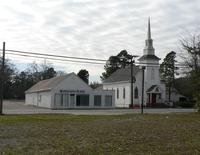 No funds were used in the creation of hierarchies, with attendant salaries, accommodation and travelling expenses. No funds were used for any other purpose than the material needs of the Christian family, whether local, national or international.

Since then, as already noted, the Christian Church has become very much a collection of multinational corporations, national structures, as well as a variety of local expressions. If we were truly One Body then the financial needs of all surely could be met. The Catholics with their $200 billion and the Anglicans with their £4.4 billion and all the other denominations could all pool their cash and redistribute it just like those deacons in the early Church. Mmm ...

But we are not really One Body as Paul envisaged it in Ephesians. We are multinational, national and local bodies, connected vertically but not horizontally, like a collection of individual puppets with a single puppet-master.

There is one body and one Spirit--just as you were called to one hope when you were called-- one Lord, one faith, one baptism; one God and Father of all, who is over all and through all and in all. But to each one of us grace has been given as Christ apportioned it. (Ephesians 4:4-7)

This speaks to me of a single body, the Body of Christ, not a collection of bodies. If we were truly a single body, think how effective we could be. There would be no competition between ministries over vision and resources, no wastage, no division, no conflict between believers. We would all individually be directly answerable to God, with a clear mandate of our position in the Body of Christ. The fact that this is not the case is mainly due to the Greek thinking that has inflicted the Church with structures and hierarchies and conflicting visions.”

This is ideally the architecture of the Kingdom of God, but in reality we seem to inhabit individual islands in a huge ocean. How hard do we actually try to influence this situation, by creating new connections between us? Unfortunately, denominationalism and the power of the local church make this difficult. We are given the impression that our only responsibility as Christians is to our local church. This is a powerful notion and, in extreme cases, this is driven by either paranoia by the pastors and ministers, afraid of losing congregants or by greed, tying people up with membership contracts including financial plans tied up in clauses about tithing.

Yet we must always go back to basics and the actual reality of what a church is. A church is a collection of called-out ones, people called out from the world for God’s purposes. When the Bible speaks of a church, it is in the context of “the Church in Corinth” or “The Church in Rome” etc. It is talking about a collection of Christians in those places, not a self-contained hierarchical structure in a building. The idea of “Church as a building” was a corruption that came about in the 4th Century through the creating of State Christianity by Emperor Constantine, who decided that the best way to control Christians was to contain them in buildings called Churches, rather than buildings containing the Church.

We have inherited this faulty concept and though it is not completely flawed, as there is nothing wrong in the Church meeting locally in buildings, it does not give us the complete picture. Here’s where I see myself. I belong to a small local Baptist church, which I attend when I can and where I know I can be assured of spiritual and practical help. That is my church, but it is not my only church. When we meet up at our Foundations conferences a few times a year, that is also my church, as is the small team who I am accountable to and who pray for me regularly. Then there are those Christians I have befriended over the years from all over the country. When we meet up or communicate over the web, we are also church.

That was the challenge levelled at historian Tom Holland on The... END_OF_DOCUMENT_TOKEN_TO_BE_REPLACED

Why we should celebrate our oldies END_OF_DOCUMENT_TOKEN_TO_BE_REPLACED

Pete Phillips explains why being a Christian does not mean magical... END_OF_DOCUMENT_TOKEN_TO_BE_REPLACED

Global evangelist and founder of Christ for all Nations (CfaN)... END_OF_DOCUMENT_TOKEN_TO_BE_REPLACED

Tim Keller has claimed it is "harder" to be an evangelical Christian... END_OF_DOCUMENT_TOKEN_TO_BE_REPLACED

Brothers from Lahore have been sentenced to death after posting... END_OF_DOCUMENT_TOKEN_TO_BE_REPLACED

A woman, aged in her 30s, is critically ill after being found... END_OF_DOCUMENT_TOKEN_TO_BE_REPLACED