How dualism has really messed up the Church

We are now going to see how Greek thinking has wormed its way into the very fabric of our Christian life. Virtually every Christian reference book, when speaking of influences during the formative years of the Church, agrees and accepts that Greek philosophical ideas were key to the understanding of the fundamental doctrines. No criticism or regret, just blithe acceptance, as if the pagan polluting of the faith in Jesus Christ is just one of those things, as if the Bible alone was not sufficient for our understanding of God and His dealings with mankind!

For a start, the immediate effect of declaring the body as bad and soul as good is an obvious one. If the body is bad then so are things associated with the body, particularly voluntary processes like sex. To the early Church, those who followed “spiritual” careers, in the Church, were expected to be celibate, a practice that still continues in the modern day Catholic Church and which has indirectly cost the Vatican millions of dollars in compensation claims (figure that one out for yourself). A Catholic view is still that celibacy is a “higher calling”, in the sense of remaining pure until heaven beckons, when you will be united with Christ directly. Then there were the flagellants and their like, who believed that only by scourging or whipping themselves could they achieve favour with God. They tended to appear during the plague seasons, such as during the Black Death in Europe, when they marched through the lands, whipping and beating themselves, in a misplaced idea of atoning for the sins of the world and appeasing an “angry” God. So the ideas of Plato had convinced the Church that anything associated with our physical bodies was bad. It devalues our lives on earth and fixes the idea in our minds that we should not place any worth in our earthly existence and yearn for heaven. You’ve heard the expression of being so heavenly minded that you’re no earthly good and you can blame Plato’s influence for this! It encourages us to see our faith just as a “ticket to heaven” rather than the service we are meant to give in this world, particularly in the context of the Great Commission. Of course, heaven is our great hope and reward, but that should not be at the expense of a fulfilled life, of service, sacrifice and testimony. 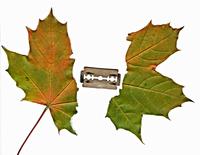 Here lies the real problem. Declaring a division between heaven and earth, between sacred work and secular work, between the holy and the profane, between clergy and laity, between the supernatural and the natural, is a thoroughly Greek idea, coming from this dualism of Plato. It leads to a separation between “spiritual” occupations and the rest and has given us an unconscious respect for those of us with a higher calling. It fuels such attitudes as believing that missionaries, church workers, clergy and those “called out for Christian service” are the only real full-time Christians there are. The rest of us, working in offices, schools, building sites and the like, are “part time” Christians, defined by what we do for God away from the workplace.

We are all priests, because we all have access to God through Jesus, by the power of the Holy Spirit.  Yet many of us act as if this is not true, we still shove our pastors, teachers, preachers, worship leaders and even Christian celebrities onto pedestals and conference platforms and look to them to minister to us and show us Jesus. This is a thoroughly Greek idea and wrong! We don’t need these people to “offer sacrifices” on our behalf, we are all priests and we can all approach Jesus directly. We don’t need to venerate dead bones or those who have cast off their mortal coil in glorious triumph. Dead saints can’t hear your prayers, only God can. We are all saints, even though we may not always act very saintly. We are no less special than anyone else who has gone before us. We are the Church, we are all priests and saints. We all have a higher calling.  There is no sacred and secular, because we are all sacred, we all have a sacred calling.

If anyone destroys God's temple, God will destroy him; for God's temple is sacred, and you are that temple. (1 Corinthians 3:17)

Greek thinking tells us that the missionary, who travels overseas to work in a Christian village, showing God’s love to those who haven’t experienced it, is to be especially revered. Not to demean the sacrifice these people have made and the hardships they will undoubtedly endure, is this any different to those of you with a standard 9 to 5 job in an office, working in a thoroughly (and often aggressively) non-Christian environment, where any attempt at communicating your faith would be met with hostility, exclusion and even law suits? Who has the higher calling? Neither, because wherever we are in the world we are called to be witnesses.

All that God expects of us is to “be in the world but not of the world”. We are to be salt and light in our witness to the world, without being sucked into its ways. Not easy and getting harder all the time! James reminds us of the consequences.

… don't you know that friendship with the world is hatred toward God? Anyone who chooses to be a friend of the world becomes an enemy of God. (James 4:4)

Why we should celebrate our oldies END_OF_DOCUMENT_TOKEN_TO_BE_REPLACED

Erik Strandness responds to a recent debate between ‘Side A and... END_OF_DOCUMENT_TOKEN_TO_BE_REPLACED

Controversy is normal and inevitable in politics, even between... END_OF_DOCUMENT_TOKEN_TO_BE_REPLACED

Global evangelist and founder of Christ for all Nations (CfaN)... END_OF_DOCUMENT_TOKEN_TO_BE_REPLACED

Tim Keller has claimed it is "harder" to be an evangelical Christian... END_OF_DOCUMENT_TOKEN_TO_BE_REPLACED

Brothers from Lahore have been sentenced to death after posting... END_OF_DOCUMENT_TOKEN_TO_BE_REPLACED

A woman, aged in her 30s, is critically ill after being found... END_OF_DOCUMENT_TOKEN_TO_BE_REPLACED