Is the Church what we think it is?

We live in a world of forms, of appearances, of gestures, of image, of identity. It manifests itself as fashion, public relations, pageantry, worthiness, ‘virtue signalling’ and so on. This is the ‘kingdom of the world’ and we are not called to judge it, but rather help lost souls to escape from it into the Kingdom of God. The big issue is when both Kingdoms intersect and the Church is pulled into the mindset of the world. It is happening and increasingly so. We have read the following Scripture enough times:

But mark this: There will be terrible times in the last days. People will be lovers of themselves, lovers of money, boastful, proud, abusive, disobedient to their parents, ungrateful, unholy, without love, unforgiving, slanderous, without self-control, brutal, not lovers of the good, treacherous, rash, conceited, lovers of pleasure rather than lovers of God— having a form of godliness but denying its power. Have nothing to do with such people. (2 Timothy 3:1-5)

It’s the form of godliness we need to beware of, form without function. It is saying to the world, look at me, I’m a child of the King of Heaven, but doing nothing to demonstrate it …

This may be where much of the Western Church is right now.

I am not saying this lightly, for a convenient sound-byte. Sadly the evidence is increasingly pointing to a Church that has veered completely away from the Maker’s original instructions. Let me explain … 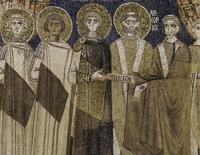 The Church began with that small group of Jews in the Jerusalem Temple receiving a huge outpouring of Holy Spirit, birthing a new movement that would spread the Gospel message of Jesus Christ and help save as much of the world as they were capable of reaching. The Church was, and still is, the empowered people of God i.e. you and me. The Greek word in question is ekklesia, interestingly a feminine noun, fitting for a people described elsewhere as ‘the bride of Christ’. Its literal translation is “called out ones”, an apt description of what a Christian was meant to be.

In one of the very first English translations, that by William Tyndale in 1525, the word was translated reasonably accurately and succinctly as “congregation”, as in “a group of people”. In 1611, the King James Version (KJV), the first mass produced English translation, instead chose to translate ekklesia as “Church”. This word came from the Old English cirice, which took the meaning of ‘a religious building’. So why is ekklesia, in 115 out of 118 instances in the New Testament, referring to a building, or an ecclestiastical institution represented by the building? Politics, my dear Watson, politics!

Ever since the Emperor Constantine had initiated a church-building programme in 325 AD, ornate constructions, each outdoing the one before, began to spring up throughout the Empire, one of the first being St Peter’s basilica in Rome. He also sent his mother, Helena, to the Middle East to “identify” the holy sites in Jerusalem and other places, so that more impressive church buildings could be built.

These churches and cathedrals became part of the phenomenon known as Christendom, a visible attempt to build Christ’s kingdom on earth. It became a multinational organisation, with vast hierarchies, governed by the Pope and with access to unlimited riches and lands, as befitting a “kingdom”. This was the visible “Church” in those days, a million miles away from God’s intention:

Jesus said, “My kingdom is not of this world. If it were, my servants would fight to prevent my arrest by the Jewish leaders. But now my kingdom is from another place.” (John 18:36)

King James I was a part of the system, protected by the doctrine of the “divine right of Kings” and, as such, took on the responsibility of ensuring that any other view of what the Church is meant to be will be unforthcoming, even if it were true. So ekklesia was translated in such a way as to re-inforce the status-quo and all was well in the Kingdom!

The truly sad thing is that subsequent Bible translations in more enlightened times have also chosen to ‘toe the line.’ Take 1 Corinthians 11:18, as an example:

For first of all, when ye come together in the church, I hear that there be divisions among you; and I partly believe it. (KJV)

Every other major English translation also translates ekklesia the King James way. I find that curious as surely accuracy of translation should trump political concerns in an era when the Church has lost most of its hold on secular society. Is it too revolutionary to translate the above as ‘when ye come together as a congregation’?

So where has this got us in the light of my controversial statement, regarding the form of godliness of the Western Church today? Let us examine this in terms of form and function.

To the outside world, here is the form that the church currently takes: buildings (including non-traditional places such as sports halls etc), the organisations that run the buildings, denominations etc.

What about the perceived functions of the current Church? To keep the churches maintained, to pay church staff, to fulfil affairs of state, such as royal weddings, to look after an investment and property portfolio, to pay pensions for ex-employees, to take up seats in the House of Lords, to provide the odd sound-byte after a major disaster, or pressing issues. In short, the function of the mainstream Church in the UK can be described as a national organisation with a remit to deal with religious matters. Of course, the Church of England mostly springs to mind, but this is equally relevant to the Roman Catholics, Baptists, Methodists etc. and, to a lesser extent, even the independent groupings that sprung forth from the charismatic revival of the 1970s and 80s and have now become denominations in their own right.

Of course this function fits well with the “traditional” translation of ekklesia. It reinforces the image of a religious organisation rather than … what it was created to be. Which brings us to the form of the original Church, of the Book of Acts.

= The ekklesia, the “called out ones”. This is you and me, the Church.

And the function? To represent the Kingdom of God and promote the Gospel of Jesus Christ. That was the function at the birth of the “Church” and it’s the function now. Nothing has changed, despite the efforts of Satan to thwart the work of God in the intervening centuries.

Now that we know what we are and what we are meant to do, it is time to explore our function and how we may achieve shalom, completeness, by doing so.

How does the church all fit together? END_OF_DOCUMENT_TOKEN_TO_BE_REPLACED

Where does God really want us to be? END_OF_DOCUMENT_TOKEN_TO_BE_REPLACED

How do we make God really happy? END_OF_DOCUMENT_TOKEN_TO_BE_REPLACED

Which church does God prefer? END_OF_DOCUMENT_TOKEN_TO_BE_REPLACED

Unbelievable? Why the Bible makes sense of modern life - Tom Holland & Andrew Ollerton
It's still the bestselling book in the world. But can the Bible... END_OF_DOCUMENT_TOKEN_TO_BE_REPLACED

The mother-in-law of Aled Jones has defended him against a claim... END_OF_DOCUMENT_TOKEN_TO_BE_REPLACED

Nabeel Qureshi's wife reveals she prayed for his resurrection