How real is your faith?

Before we move on, there’s a poignant after-note. How often have we seen scenes of death and murder on our TV screen, whether through drama or news reports? When someone dies, even if he’s the most unredeemable of terrorists, we don’t always consider the network of functions that would be severed at the point of death: relationships, whether as father, son or brother or connections gathered over a lifetime just snuffed out. When a Christian dies, not just the person but also a function is lost to the Body of Christ. 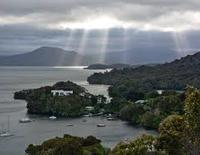 So we are encouraged to think differently, but to where do we direct our thoughts? In previous articles I identified five areas where Hebraic Church should be concentrating its thoughts, as, in one way or another, there have been historical issues that need to be considered, as a result of those centuries of Greek influence in Church thinking. These areas are; God, Jesus, the Bible, Israel and the Church.

Let us take them in turn and see how the 21st Century Church has inherited issues that simply didn’t exist for that first generation of Jewish believers.

If there’s one major theme as a result of the Church replacing its Hebraic roots with Greek thinking, it’s the supplanting of God in the centre of our thinking, replacing Him with the thoughts of man, often resulting in God as a figurehead without power (as with our Queen). This was a non-issue in the first Church. God was at the centre of all that they did, He was a given, Someone to talk and argue with, not something to argue about.

The major battlegrounds here revolve around the area of faith. How strong is your faith, really? My contention is that more faith is actually required to believe in the minimum requirement than all the areas where Christians quibble. To believe in the incarnation and atonement is to embrace the most amazing miracles of biology and metaphysics, from the virgin birth to the resurrection and the counterintuitive mechanism of the atonement itself. Do we really believe in this or have we just not really thought about it deeply? If you are one of those Christians who has trouble with the miracles of Jesus, Moses and Elijah, have you not thought that these barely register in the scale of scientific credibility compared to what Jesus did on the cross? And what about the real points of contention for the majority of Christians in the UK, the six days of Creation? Do we have more faith in the discoveries of our atheist scientists than in the Word of God, or do we re-interpret the latter in the light of the former?

To have faith is to have a clear focus on God and all of His possibilities. We have to often peer through dust clouds of doubt, confusion and uncertainty that are churned up by the World. And we have to keep on … keeping on, a reminder of our first big thought of constantly bringing to mind your interactions with your Maker, as a spur to holding on. Faith is sensitivity, understanding, engagement, and attachment; not something achieved once and for all, but an attitude one may gain and lose. This all brings me to our third big thought.

Thought #3: How real is your faith?

Evangelist Becky Pippert, bestselling author of ‘Out Of The Saltshaker’,... END_OF_DOCUMENT_TOKEN_TO_BE_REPLACED

Why we should celebrate our oldies END_OF_DOCUMENT_TOKEN_TO_BE_REPLACED

Global evangelist and founder of Christ for all Nations (CfaN)... END_OF_DOCUMENT_TOKEN_TO_BE_REPLACED

The Archbishop of Canterbury believes churches must "strive for... END_OF_DOCUMENT_TOKEN_TO_BE_REPLACED

Unbelievable? Can faith survive an evolutionary account of humanity and religion? – Andrew Halestrap and Sam Devis
Sam Devis is a former Christian and produces a podcast called... END_OF_DOCUMENT_TOKEN_TO_BE_REPLACED