Mao Zedung, one of the most effective mass murderers in history, brought in China’s “Cultural Revolution” in 1966, with an aim to eradicate what he called the Four Olds – traditional ideas, customs, culture and habits and to swap them with Four News – new ideas, customs, culture and habits. The result was a disaster and brought death, imprisonment and torture to millions, to say nothing of the famines that resulted in communist mismanagement, which brought death to countless millions. 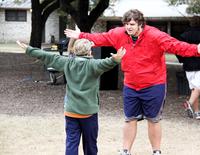 The history of mankind is littered with such meddling of the natural order, in the name of “progress” or some philosophical or sociological idea. It always leads to disaster because, certainly in the case of Western civilisation, the original blueprint represented by Biblical truth, has the only true path that actually works.

If the family unit is part of that blueprint, let us take a snapshot of the current situation in the UK (supplied by Families and Households 2013 ONS).

In the last forty years single person households have increased from 9% to 29%. Just under a half of current households are of just a couple without children. The number of dependent children in a family has dropped from the iconic 2.4 to just 1.7 in 2013 and 25% of these families are single parent … and 41% of children in these single parent families are living in poverty.

It’s not good reading, when judged against the Scriptures stated earlier. It shows an increasing trend away from traditional family structures and it has been fuelled mainly by this sentiment; go west young man! The idea put forward here is that of bettering oneself and one’s dependents, to have what one’s parents didn’t have, to go and make a name for yourself. Now where have we heard that before?

Then they said, “Come, let us build ourselves a city, with a tower that reaches to the heavens, so that we may make a name for ourselves; (Genesis 11:4)

This was the “Babel” generation, following their own ambitions rather than listening to God, resulting in a scattering and a babbling.

It is all wrapped up in the trend of individualism, a key consequence of capitalism. It is concerned with the search for inner peace and comfort through material prosperity. Sometimes, of course, there’s a real need, such as with refugees fleeing war zones, where they are driven by a pure instinct for survival for themselves and their loved ones. But statistics show us that the trend in the West is away from the extended family of the past, with many generations living together and supporting each other from cradle to the grave.

When Abraham moved location, he took his whole extended family with him. As did Joseph, helping to resettle his wider family in Egypt. The Children of Israel moved together as a people, the wider community was far more important than personal ambition. To be excluded from community was one of the greatest punishments that could be inflicted for crimes committed. Leviticus 20 has a whole list of such crimes, such as chasing after foreign gods.

But there’s nothing we can do about trends in society, all we can do is concentrate on our particular spheres of influence. Of course, God may call us to resettle, for His purposes, particularly when there’s a missionary call on our life. But if the call is not there, we need to discern whether our personal ambition is at odds with God’s intentions.

What should Gentiles do about the Sabbath?  END_OF_DOCUMENT_TOKEN_TO_BE_REPLACED

Where does God really want us to be? END_OF_DOCUMENT_TOKEN_TO_BE_REPLACED

How can Jews and Gentiles learn to play nicely together in the... END_OF_DOCUMENT_TOKEN_TO_BE_REPLACED

How does the church all fit together? END_OF_DOCUMENT_TOKEN_TO_BE_REPLACED

The Northern Ireland Assembly has voted in favour of what's described... END_OF_DOCUMENT_TOKEN_TO_BE_REPLACED

Robert Joyce from a small town in central Arkansas was challenged... END_OF_DOCUMENT_TOKEN_TO_BE_REPLACED

The former Archbishop of Canterbury, Lord Carey, has said the... END_OF_DOCUMENT_TOKEN_TO_BE_REPLACED

A truck driven into a busy Christmas market by an iconic church... END_OF_DOCUMENT_TOKEN_TO_BE_REPLACED