Why we should celebrate our oldies

We live in a world of forms, objects, nouns and things and every one of them belongs to God.

The Lord has made all for Himself, Yes, even the wicked for the day of doom. (Proverbs 16:4 NKJV)

Every form has been made for a purpose or function, God’s purpose. Even the wicked have a self-created purpose, tied up in a future described as a day of doom.

We see a world of forms, God sees a world of possibilities. Every form has a function, or intended function, but sometimes we fail to notice this. Here are a couple of examples, just to whet your appetite and get you thinking differently. 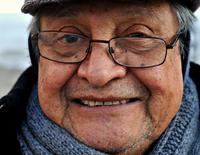 Consider old people, deemed useless to society at an arbitrary age, depending on some fiscal algorithm, currently 66 years and 2 months for me, according to the official government website. Go off and tend your garden, you are no use for us any more, is one attitude. Tell that to Moses, Noah, Samuel and other Biblical giants, reaching their peak of usefulness to God at an age when our current society retires them off and consigns them to ‘heaven’s waiting room’. Tell that to some of our greatest preachers and teachers, who functioned right up to their dying breath.

Is not wisdom found among the aged? Does not long life bring understanding? Job 12:12

What the world sees is a deteriorating body, the slowing of limbs, the failing of sight and hearing. But it doesn’t look where it often really counts, with the lifetime of accumulated wisdom that can still be shared, the true function. It is well for us to remember the folly of Rehoboam:

But Rehoboam rejected the advice the elders gave him and consulted the young men who had grown up with him and were serving him. He asked them, “What is your advice? (1 Kings 12:8-9)

He chose testosterone over the ‘test of time’ and, as a result, doomed himself and his kingdom. Of course, one should not create doctrine out of a single example, but it’s a tale worth telling about where we should turn to for wisdom.

Perhaps those youthful advisors are the equivalent of those who currently clog up the digital ether with ‘twitter wisdom’, where the simple formula seems to be that the more ‘followers’ accrued, the more vacuous or insignificant or harmful is the ‘wisdom’. The top two twitter accounts in terms of followers are Katy Perry and Justin Bieber, each with over 100 million followers. One hundred million people are feeding from the ‘wisdom’ of a couple of millionaire singers, both benefiting with a pleasing form, in terms of physical attractiveness and singing ability, but with less wisdom, I suspect, than a hamster on a treadmill (though both, interestingly, have tenuous Christian connections). Do you really need Justin and Katy to tell you how to vote, what to think about the climate, immigration, or other issues? Yet many of our youngsters do, as if a pretty face implies an insightful mind, to say nothing of matters of ethics and morality.

A politician will pat the head of a baby (as long as a camera is nearby) to look good in the tabloids and to improve his approval rating. He will also be seen to be in favour of popularist issues and in opposition to those deemed unsavoury. And it’s a point of principal to support issues promoted by their own political party and oppose those promoted by the opposition, whatever their conscience may be telling him. This is all form and image and this, incredibly, is the driving force of our democracy, the trust we put in these people. Yet the function can tell a very different story. One web definition of a politician had them as a person who acts in a manipulative and devious way, typically to gain advancement within an organization. Comedian Rodney Dangerfield once said, “the way my luck is running, if I was a politician I would be honest”. The function of a politician is to be seen to be putting things right, even if nothing really changes, or it is just a short-term fix to achieve an instant burst of approval.

Of course we all have a propensity to behave in this way, this is why the system is allowed to continue. In our western society, our interactions with others often don’t reflect our inner motivations. A politician or celebrity makes an unwise statement and is forced to make a public apology. This is just a form, a gesture, it doesn’t necessarily equate with contriteness. A celebrity may declare they are a Christian by wearing a cross, attending the odd trendy worship service or uttering a vaguely Christian sound-byte, but they still usually function very differently in terms of lifestyle. Form and function are often worlds apart.

They claim to know God, but by their actions they deny him. They are detestable, disobedient and unfit for doing anything good. (Titus 1:16)

Is the Church what we think it is? END_OF_DOCUMENT_TOKEN_TO_BE_REPLACED

Where does God really want us to be? END_OF_DOCUMENT_TOKEN_TO_BE_REPLACED

How do we worship? END_OF_DOCUMENT_TOKEN_TO_BE_REPLACED

How does the church all fit together? END_OF_DOCUMENT_TOKEN_TO_BE_REPLACED

Robert Joyce from a small town in central Arkansas was challenged... END_OF_DOCUMENT_TOKEN_TO_BE_REPLACED

Charities operating in the besieged city of Aleppo have released... END_OF_DOCUMENT_TOKEN_TO_BE_REPLACED

A Christian councillor in Sussex has said some people who get... END_OF_DOCUMENT_TOKEN_TO_BE_REPLACED

Five Christians in Laos who prayed for an ill convert who died... END_OF_DOCUMENT_TOKEN_TO_BE_REPLACED