Are we doing the best for our kids?

We are in a results-driven society. It may well be that youthwork per se is not mentioned in Scripture. Perhaps it is a necessity for changing times? Perhaps it is the best fit for 21st Century children and teenagers? The best way to judge this is by looking at the results. How effective is it? Is it working? 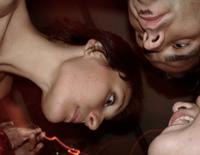 In four recent surveys of American Christian youth, between 61% and 88% of Christian youth actually leave the Church once they pass to adulthood. In a recent (April 2016) study by the influential Barna Group they say that 59% of young people who grow up in Christian churches end up walking away. In fact, currently the most unchurched Americans are Millennials (currently mid teens to mid-30s). As this is the target age for youthwork, what has gone wrong? Is it the youthwork itself, or is it something about the millennial generation?

It’s not just that countless young people are being lost to the Church, it is also that those who come through the system often show little sign of transformation. Remember the litmus test stated earlier of how authentic your faith is – are we being transformed into the likeness of Jesus?

Two youth ministers, Carl Deyarmin and Jamie Davis, in the documentary film “Changed”, asked why weren’t the kids glorifying God in their behaviour, why they weren’t being transformed? They were having a good time in their youth activities, but where was the fruit? This sentiment was also expressed by Mark Oestreicher and here is a man acknowledged as one of the gurus of Christian youthwork and the author of dozens of books.

“We had thought for many years that fun and games and flashiness brought transformation … well it doesn’t” (Mark Oestreicher, President, Youth Specialties)

Something has gone wrong. It is easy to blame the youthworkers themselves, but they are only as good as the raw material to process and the tools provided and the environment in which to work. These are people who have had a calling from God and are fulfilling this calling the best they can. There are, of course, many success stories and plenty have come through the system enriched, solidly grounded in the Bible and equipped to represent and follow Christ in a hostile World. Youthworkers are not the problem and, in a sense, they need to be moulded as much as the children and youth that they teach.

Here is the heart of the problem. It is the loss of the Biblical, Hebraic norm. Some are waking up to this. Scott Brown, president of the National Center for Family-Integrated Churches (NCFIC) in the USA has said the following:

“If the Church adopts Athens, the Church will become like Athens … and that’s what happened to the Church today”

It is the system, ultimately inherited from Plato and refined by the small band of atheist educational philosophers mentioned earlier, that is at fault.

It is a system that can be challenged, though, as evidenced by the growing home-schooling movement. And the challenge has to come from … you and me.

For too long many Christian parents have opted out from discipling their own kids, but instead fed them into the Church youth system. They have done so, because it has been accepted wisdom. Yet, for Christian parents, it is NOT Plan A. God’s blueprint is for parents, namely fathers, to bring them up in the training and instruction of the Lord. (Ephesians 6:4). We need to take this seriously and become heroes to our kids, otherwise they will find others to follow, even the youth leaders themselves.

Adam McManus, another spokesman for NCFIC, has said the following:

"Today's church has created peer dependency. The inherent result of youth groups is that teenagers in the church are focused on their peers, not their parents or their pastors. It's a foreign sociology that leads to immaturity, a greater likelihood of sexual activity, drug experimentation and a rejection of the authority of the Word of God. Proverbs 13:20 says, 'He who walks with wise men will be wise, but the companion of fools will suffer harm.' The result is that the youth stumble, they can't see beyond their noses, and spiritual adolescence is prolonged well into adulthood. It's crippling the body of Christ. That's why it's time to return to the biblical paradigm and throw out the youth group structure entirely."

We must remember the final injunction in the Old Testament, regarding the activity of Elijah in the End Times:

If possible, let’s reclaim our children and not leave their Christian education and discipleship to the professionals. Yet we need to be real and sometimes Plan B is better than no plan at all. For families without fathers or with unbelieving fathers then at least there is a system in place to help. Remember, being Hebraic is not black and white, sometimes it is acceptable and necessary to operate in the grey areas. This could also mean the local Church finding a role in the process, with mentoring by older wiser heads who can act as surrogate fathers (once vetted – such is the age we live in!)

Start children off on the way they should go, and even when they are old they will not turn from it. (Proverbs 22:6)

Why we should celebrate our oldies END_OF_DOCUMENT_TOKEN_TO_BE_REPLACED

That was the challenge levelled at historian Tom Holland on The... END_OF_DOCUMENT_TOKEN_TO_BE_REPLACED

Evangelist Becky Pippert, bestselling author of ‘Out Of The Saltshaker’,... END_OF_DOCUMENT_TOKEN_TO_BE_REPLACED

Practical tips for surviving and thriving in lockdown

The Midlands
Most Popular

Global evangelist and founder of Christ for all Nations (CfaN)... END_OF_DOCUMENT_TOKEN_TO_BE_REPLACED

Tim Keller has claimed it is "harder" to be an evangelical Christian... END_OF_DOCUMENT_TOKEN_TO_BE_REPLACED

Brothers from Lahore have been sentenced to death after posting... END_OF_DOCUMENT_TOKEN_TO_BE_REPLACED

A woman, aged in her 30s, is critically ill after being found... END_OF_DOCUMENT_TOKEN_TO_BE_REPLACED