What does the Church think of Israel?

Now this is the point when many people may switch off. If you are tempted to do so, please first consider the possibility that you are just being true to the programming of the Church in the UK for much of the last 1900 years. At least give me the chance to argue my position, because the subject lies right at the heart of Hebraic Church and a boycott benefits nobody. First, some quotes by some influential Christian thinkers in the UK: 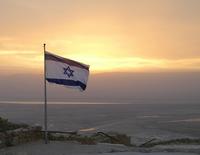 “What about the promised land?” Is the setting up of the State of Israel a fulfillment of the prophecy? Well, I cannot go into this in a detail. I can only say this: Some people think so. … Others, among whom I number myself, do not hold that view. I‟ll leave aside political questions that could occupy us for a long time, but I‟ll just mention to you that you need to think about political issues here. The risk of ignoring the justice of the Palestinians cause is on the one hand, and on the other is the risk of encouraging further Jewish expansionism since the land promised to Abraham in the Old Testament included territory that belongs today to Jordan and to Lebanon and to Syria. So beware of what you are saying if you think all that belongs to the Jews forever.” John Stott, Senior Rector of All Souls Church London 1950-1975 (in a sermon “The Place of Israel” reprinted on pages 164-172 of Zion’s Christian Soldiers, Stephen Sizer, IVP 2007)

“[Paul] has systematically transferred the privileges and attributes of ‘Israel’ to the Messiah and His [new] people [the Church]. It is therefore greatly preferable to take…“Israel” as a typically Pauline polemical redefinition…” Tom (N. T.) Wright, “The Climax of the Covenant” Fortress Press, October 1993, p25

"The church is Israel internationalised & globally extended in, through and under the unifying dominion of Jesus, its King." Terry Virgo, Leader of New Frontiers (quoted on his Facebook page)

These are prominent and respected UK Churchmen, very influential spokesmen for the Church in this country. It hasn’t been possible to get any quotes from the present or past Archbishops of Canterbury, which really serves to highlight the political nature of churchmanship these days.

You’ll notice that they are all speaking about the identity of Israel rather than directly referencing the Jewish people and we are all relieved that they are not displaying the anti-semitism of their forbears, who blamed Jews for everything from the death of Christ to the Black Death. Yet … it is impossible theologically to separate the Jewish people from the concept and the land of Israel, as both are derived from one of the oldest prophecies in the Bible, the covenant between God and Abraham.

“As for me, this is my covenant with you: You will be the father of many nations. No longer will you be called Abram]; your name will be Abraham, for I have made you a father of many nations. I will make you very fruitful; I will make nations of you, and kings will come from you. I will establish my covenant as an everlasting covenant between me and you and your descendants after you for the generations to come, to be your God and the God of your descendants after you. The whole land of Canaan, where you now reside as a foreigner, I will give as an everlasting possession to you and your descendants after you; and I will be their God.” (Genesis 17:4-8)

From Abraham, spiritual blessing has been given to his spiritual descendants, Christians, whether Jew or Gentile. But also, there have been physical blessings to his physical descendants, the Jews, whether it is the Land or fruitfulness. It is a feature of the dualism that came from Plato to emphasise the “spiritual” over the “physical”, which helps to explain the origins of the views expressed by those Church leaders in the UK.

That was the challenge levelled at historian Tom Holland on The... END_OF_DOCUMENT_TOKEN_TO_BE_REPLACED

Erik Strandness responds to a recent debate between ‘Side A and... END_OF_DOCUMENT_TOKEN_TO_BE_REPLACED

Evangelist Becky Pippert, bestselling author of ‘Out Of The Saltshaker’,... END_OF_DOCUMENT_TOKEN_TO_BE_REPLACED

Join us on Premier Christian this Pentecost Sunday with these... END_OF_DOCUMENT_TOKEN_TO_BE_REPLACED

Global evangelist and founder of Christ for all Nations (CfaN)... END_OF_DOCUMENT_TOKEN_TO_BE_REPLACED

Tim Keller has claimed it is "harder" to be an evangelical Christian... END_OF_DOCUMENT_TOKEN_TO_BE_REPLACED

Brothers from Lahore have been sentenced to death after posting... END_OF_DOCUMENT_TOKEN_TO_BE_REPLACED

A woman, aged in her 30s, is critically ill after being found... END_OF_DOCUMENT_TOKEN_TO_BE_REPLACED