Do the Jews have any Divine favour?

Israel is a contentious issue. Its very name provokes emotion in many, most of it not good. This, of course, was not an issue for that first generation of believers, who were Israel and would be turning in their grave if they knew of the battles that were to come over the identity of the people of God, to say nothing of the physical battering their descendants were going to have to suffer at the hands of the Church-to-come. 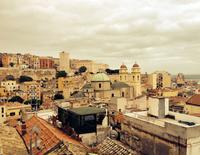 This should be sufficient to make us realise that there’s something going on here beyond our understanding. It is misunderstood by many of our leading theologians, yet fully understood by many with a simple faith. That surely tells us something. It is also significant that you will fail to find a serious intercessor who doesn’t pray for Israel and the Jewish people and who doesn’t have a clear biblical understanding of God’s continuing love for His Jewish people.

The Jews are God’s treasured possession and He has never changed His mind on this, otherwise He would have told us and also we Christians would never be able to trust Him again. If God has rejected Israel for what it did in biblical times how can He continue with a Church that has let Him down continuously, corrupted His Word and failed so many times to reflect Jesus in its dealings with the World? If God is as fickle as Replacement Theology tells us, then we’re all lost!

Despite any public statements you hear, the Church still has issues with the Jews. Otherwise Christian support for the State of Israel would be as a child caring for a parent, out of familial love, even if the parent has been deemed to have gone astray a bit. We don’t see this, in fact, apart from the Christian Zionists, we see the very opposite, we see contempt and indifference. Is this truly a reflection of Jesus towards his own people? I think not.

Hebraic Church needs to be different and one of its chief roles should be to instruct the wider Church on its folly and suggest ways for reconciliation. The following thought must be seriously considered by every Christian.

Thought #6: Do the Jews have any divine favour?

Is the Church what we think it is? END_OF_DOCUMENT_TOKEN_TO_BE_REPLACED

Why we should celebrate our oldies END_OF_DOCUMENT_TOKEN_TO_BE_REPLACED

Evangelist Becky Pippert, bestselling author of ‘Out Of The Saltshaker’,... END_OF_DOCUMENT_TOKEN_TO_BE_REPLACED

That was the challenge levelled at historian Tom Holland on The... END_OF_DOCUMENT_TOKEN_TO_BE_REPLACED

Global evangelist and founder of Christ for all Nations (CfaN)... END_OF_DOCUMENT_TOKEN_TO_BE_REPLACED

The Archbishop of Canterbury believes churches must "strive for... END_OF_DOCUMENT_TOKEN_TO_BE_REPLACED

Unbelievable? Can faith survive an evolutionary account of humanity and religion? – Andrew Halestrap and Sam Devis
Sam Devis is a former Christian and produces a podcast called... END_OF_DOCUMENT_TOKEN_TO_BE_REPLACED