Are Christians people of joy? If so, why is it so often hidden?

In Romans 11 it speaks of the effect on the Church, when the Jews finally return home, as ‘life from the dead’. I believe I witnessed certainly a significant aspect of this, having just returned from witnessing the first hour or so of a Sabbath ‘service’ at the Western Wall in Jerusalem.

It is tempting and perhaps a bit inappropriate to compare this to a typical Christian service, but I will do it anyway, because I’m that awkward! For a start there is no single service, no leaders and no order of service, just spontaneous expression taken from a variety of cultures and customs, but all different ways of expressing worship (though one wonders whether they are truly worshipping God or the Sabbath itself). And it’s a major undertaking for many of them just to get there and one assumes that the old babushkas would have had to start their journey mid-afternoon in order to navigate the hundreds of stone steps between the Jewish quarter and the Western Wall plaza. I suspect that the weekly sacrifice is well worth it. 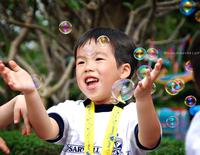 It is a riotous mess and so incredibly moving, when you observe the ebb and flow, of different groups coming to the fore with their singing and dancing, In the time I was there these groups varied from ebullient teenage boys (curiously all dressed in free-flowing white shirt and black trousers) exhibiting dance moves from the Mr Bean school of choreography, but no-one cared as joy rather than ‘coolness’ was the key driver. Then there were the older orthodox males with swinging tallit and flying kippahs as they moved as energetically as their old bones could manage. Then there were mixed groups, dragging in stragglers who ventured too close. While this was happening the serious Hasidim with the furry hats were hogging the front row by the wall, oblivious to all but their own individual swaying, as they ‘davenned’.

Meanwhile old schnorrers (beggars) in religious garb worked the crowd with jangling coins in their cupped hands and young men were accosting anyone who looked vaguely Jewish to don the tefillin as an act of obedience. I declined when asked, explaining that God had a different task for me and we all must do whatever is our calling. He shrugged his shoulders and moved on and I must admit there is something quite reverent and touching when you see someone, particularly young men, with serious expressions as they are helped through this complex and cumbersome ritual. It’s all so counter-cultural when you think of what other young men of the same age are up to in the world at large.

In the large plaza to the back, there were numerous groups of young people, all dressed to the nines appropriately and just talking, singing, hugging and dancing. Not anything I’ve remotely witnessed outside Faces nightclub in Ilford on a Friday night! Then there was the reverence for where they were, with kippahs mandatory and the fact that, when leaving, one did so walking backwards, at least for the first few steps, otherwise disorder would ensue. This may all seem so hyped-up and sentimental but I’m really not that sort of person (ask Monica). But it so touched me, there was something very clean and holy about it. You really had to be there. Most of all I shed some tears for this, the remnant of centuries of missed opportunities to meet their Jewish Messiah, mostly through the actions of ‘Christendom’, a counterfeit Church, but also still by sincere Christians who are sincerely wrong and should know better. My final thought was this, if what I experienced here is the response to the bringing in of the Sabbath, think how it will be when they celebrate the Lord of the Sabbath!

Then I thought of the Church (I did promise that I would do a comparison). To the average punter visiting the Old City of Jerusalem, one experiences Judaism at the Western Wall and Christianity at the Church of the Holy Sepulchre, supposedly housing both the site of the Crucifixion and the (empty) tomb of Christ. It is apt if we wish to compare the best of one religion, with the worst of the other. Here’s what I mean …

You enter through a huge open doorway flanked by Greek columns into a darkened space swarming with humanity, of the tourist persuasion. Once inside the smell of incense hits you, masking the faint whiff of sweat, churned out by the sheer volume of underarm factories. You are faced by a huge cracked stone mounted on a platform and accessible for all. This is supposedly the spot where Jesus’ body was prepared for burial. There was a queue of pilgrims eager to take their place kneeling by the stone, kissing it, even rubbing it with wool or cloth. The place was barely lit up, most lamps were unlit and austere paintings of haloed saints are scattered throughout the sprawling building. Black robed priests carrying bunches of candles were ever-vigilant particularly concerning anyone jumping the enormous queue, presumably leading to the ‘burial place’ within an ornate grotto. Why visit a place where He isn’t?

I wandered around and there were some interesting nooks and crannies. One contained an office where a grey-bearded (high?) priest was sitting behind a desk speaking on the phone, a huge bowl of sweeties in front of him. Another contained detritus, stones and building materials for a work in progress. One was a well-lit and tastefully decorated prayer room … with only four people in attendance! This was significant and re-enforced the reality that this building symbolised empty religion rather than a living faith.

Yes it was an extreme example, but tourists will clearly see the difference between the two religious expressions, barely a few hundred metres apart. One, in the open and lit up from the starry sky above evoked broad, vivid strokes on the canvas of life, drawn with colour and vibrancy, the other, in a dark austere building spoke of darkness and superstition and emptiness and going through the motions of religiosity.

Regarding that Shabbat crowd at the western wall, if I were to summarise in one word what was going on around me, that word would be joy. Was I getting carried away here, after all, doesn’t one need to know the Messiah to experience real joy or is this just Christian wishful thinking? Can there be real joy when there’s a messiah-shaped hole in their hearts? Apparently yes, because no other word seemed to be adequate for the singing, dancing, cheerfulness and benign fellowship that reverberated around that place. If joy is what it is, then we need to know exactly what it is and then pose the very real question of why we see little of it in our churches? Is it because the Christian life sucks it out of us?

What should Gentiles do about the Sabbath?  END_OF_DOCUMENT_TOKEN_TO_BE_REPLACED

Joy can be found in unlikely places END_OF_DOCUMENT_TOKEN_TO_BE_REPLACED

Why did the Church start celebrating the Sabbath on a Sunday... END_OF_DOCUMENT_TOKEN_TO_BE_REPLACED

When is the Sabbath and what’s it all about? END_OF_DOCUMENT_TOKEN_TO_BE_REPLACED

The Supreme Court appeal for Asia Bibi will begin on Monday in... END_OF_DOCUMENT_TOKEN_TO_BE_REPLACED