Which Kingdom do you belong to?

There’s a documentary on BBC iPlayer that is a massive surprise to me because it is totally counter-cultural, not the sort of thing that you’d associate with cozy old Auntie Beeb. It is called Hypernormalisation from film-maker Adam Curtis. In around two and a half hours it shows us what has really happened in the world over the last 40 years, who really calls the shots and runs the world and it is really eye-opening, particularly over the Middle East and what governments and politicians have really got up to there!

The conclusion is that no one really knows what’s going on, even the politicians and the media gurus (hence Brexit and Trump), so the leaders, financiers, politicians and media have constructed a completely fake version of the world that is accepted as normal because the alternative is too hard to comprehend, that there is no logic or sense to it all!

The prince of this world .. is also the father of lies and confusion. 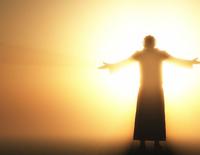 So where is Jesus’ kingdom? Here’s how he prays to his father about those who are to live in his kingdom;

I have revealed you to those whom you gave me out of the world. They were yours; you gave them to me and they have obeyed your word. Now they know that everything you have given me comes from you. For I gave them the words you gave me and they accepted them. They knew with certainty that I came from you, and they believed that you sent me. I pray for them. I am not praying for the world, but for those you have given me, for they are yours. All I have is yours, and all you have is mine. And glory has come to me through them. I will remain in the world no longer, but they are still in the world, and I am coming to you. Holy Father, protect them by the power of your name, the name you gave me, so that they may be one as we are one. While I was with them, I protected them and kept them safe by that name you gave me. None has been lost except the one doomed to destruction so that Scripture would be fulfilled. I am coming to you now, but I say these things while I am still in the world, so that they may have the full measure of my joy within them. I have given them your word and the world has hated them, for they are not of the world any more than I am of the world. My prayer is not that you take them out of the world but that you protect them from the evil one. They are not of the world, even as I am not of it.  Sanctify them by the truth; your word is truth. As you sent me into the world, I have sent them into the world. For them I sanctify myself, that they too may be truly sanctified. (John 17:6-19)

Let me repeat a couple of those verses.

So, we are not of the World, but we are in it and the way we are going to affect the World is through the Word of God – the truth – it is going to sanctify us, make us holy, make us different, make us stand out.

So, we are to live with non-Christians but they will know us by the truth that we tell, by the Word of God that will govern our lives.

It is our job to make sense of the world through our speaking out for God, to show that despite Brexit and Trump and Hypernormalisation, there is truth and pattern. How has this worked out? Badly I would suggest!

Why we should celebrate our oldies END_OF_DOCUMENT_TOKEN_TO_BE_REPLACED

Erik Strandness responds to a recent debate between ‘Side A and... END_OF_DOCUMENT_TOKEN_TO_BE_REPLACED

Global evangelist and founder of Christ for all Nations (CfaN)... END_OF_DOCUMENT_TOKEN_TO_BE_REPLACED

Tim Keller has claimed it is "harder" to be an evangelical Christian... END_OF_DOCUMENT_TOKEN_TO_BE_REPLACED

Brothers from Lahore have been sentenced to death after posting... END_OF_DOCUMENT_TOKEN_TO_BE_REPLACED

A woman, aged in her 30s, is critically ill after being found... END_OF_DOCUMENT_TOKEN_TO_BE_REPLACED