What is Christian leadership?

One of my guilty pleasures is the occasional foray into the world of reality TV and a recent offering dropped a motley crew of the young and the aimless into a Scottish wilderness, daring them to survive a full year without killing or eating each other! By episode two they were already at each other’s throats and one focus was on a lady with no discernible skills other than winding the others up (a tribute to the manipulations of the producers). Another individual, a mover and shaker in his normal life, decided to act as self-anointed leader and immediately laid into her, basically telling her that unless she knuckled down to tasks that she was clearly unsuited to, she was useless to the group. Later on you see her wandering forlornly on the beach and being approached by another individual, a plumber. This chap put his arm around her, asked her what skills she did have and when she admitted that ‘I give a good massage’, helped set her up in a jerry-built tepee, where she happily exercised these skills on her stressed out campmates. The question I now ask is this; which of the two gentlemen showed true leadership? 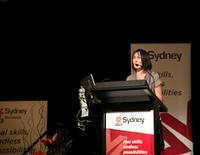 Sadly, the usual leadership model in our rat-race of a society would be based around the skills of the mover and shaker, the person who knocks heads together, who is a slave to the ‘bottom line’, tasked with ensuring maximum profits, even if it is at the expense of human resources. The reality is that people are expendable, but the financial objectives of the company and its shareholders are imperative. This is a necessary but sad consequence of our capitalistic society and it is never going to change as a whole, though I’m sure there are a few philanthropic individuals who occasionally buck the trend and follow examples of those Christian business pioneers of yesteryear, such as the Rowntree, Cadbury and Fry families, who put the needs of their workforce first (shame that their products were tasty but not too healthy).

Leadership in the Christian world, whether from bishops, pastors or leaders of parachurch companies and niche ministries, is of course different. It is servant leadership, following the model set by Jesus, where the first is last and the last is first. Isn’t it? Are you sure …. ?

Sadly, from my experience, it often isn’t. We may occupy a different kingdom, but most of us seem to have laid out our stalls in the enemy camp. We have so bought into the structures and hierarchies that drive the secular business world that we are controlled by the methodologies and thinking that come as part of the package. It has happened gradually as I can remember not so long ago when things were very different, when fundraising was implicit, not explicit, when ministry careers were spiritual vocations. It has crept up over the last decade, possibly fuelled by the decline in Christian giving, increased ‘competition’ between ministries and a fuzziness at the heart of mission aims. Because of this we shouldn’t be castigating the current crop of leaders, but instead should feel bold enough to tinker with the structures currently in place, even if it means wholesale changes.

This makes sense if we apply our three principles. Perhaps these could be general principles that can apply not just to individuals, but also churches and ministries.

Are we honouring God? Are we reflecting Jesus? Are we engaged with The Holy Spirit?

But we can add to these the other two major points outlined in ‘Hebraic Church’.

Are we brought closer to God? Are we operating in our God-given gifts?

What should Gentiles do about the Sabbath?  END_OF_DOCUMENT_TOKEN_TO_BE_REPLACED

How can Jews and Gentiles learn to play nicely together in the... END_OF_DOCUMENT_TOKEN_TO_BE_REPLACED

How does the church all fit together? END_OF_DOCUMENT_TOKEN_TO_BE_REPLACED

A Muslim father has been convicted of racially abusing staff... END_OF_DOCUMENT_TOKEN_TO_BE_REPLACED

Christians in Russia are now banned from discussing their faith... END_OF_DOCUMENT_TOKEN_TO_BE_REPLACED