Has the life been sucked out of Church?

I would suggest that there is one major reason why the Church has missed out on so much of life. It has created nouns out of verbs. It has created institutions and practices out of calls to action. In short, as explained in Hebraic Church, it has created forms out of functions. Let me explain, from the top down.

The Church was meant to be a collection of action-orientated units, called-out ones, people called out of the World for a purpose. It has instead become a collection of monolithic structures, a multinational organisation with salaried staff, pension funds and investment portfolios. What was intended to be a people identified by their function, has become a system identified by its forms, mainly of buildings. It has gone from life to inanimate structures.

Worship was intended as a spontaneous and precious function of a redeemed creation acknowledging the Creator with acts, whether through song, prayer or practical acts of service. It has become a form, a genre of music, or a segment in a church service, something quantifiable, controlled, even monetised. Similarly prayer itself, surely the most natural and spontaneous act of all, has become formalised and scheduled. Formalised is such an apt word to use in these circumstances. 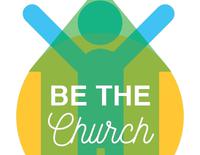 We can go through the whole catalogue of Church practices and apply the same thinking. What had been suffused with life and spontaneity has had much of its life sucked out of it and has been formalised. By doing so we have lost a precious spark, the blessing of freedom, the feeling that being a redeemed child of God has surely got to be better than this!

It is fair to say that the initiative lies with us. What is our response to this incredible free gift of salvation that we have been given? We have chosen life and need to live accordingly. One way we can make an effort is in the way we respond to each other, particularly our Christian brothers and sisters. Sometimes we need to be more accommodating than we are used to. We are all fed up with people who declare, you’ve been doing this wrong, do it this way. This is a classic feature of Greek thinking, the assertion that I have found the correct path, therefore all other paths are invalid. Hebraic thinking is more forgiving. It represents the questioning heart, the sincere desire to align oneself with the mysteries of God’s Ways and the humility to admit that we are always going to be on the outside looking in. His imagination is inexhaustible, but our limitations are only too clear to see if we are to be totally honest with ourselves.

Greek thinking is endemic in our Church culture. This is a historical fact not a sweeping indictment. What this means is that we have to do the best with what we have and often we make a good job of it. There’s more than one way to crack a nut. This means that, even though we have traditionally done things a certain way, there can also be new ways of doing things. And the new things don’t necessarily invalidate the old. Hebraic thinking is accepting that both can be equally valid, even though, sometimes, the new thing can be a better way.

This is how we should approach these articles. I have sketched out different approaches to traditional ways of doing things. It’s a nudge with a suggestion, have you thought about trying it this way? These new ways are, I believe, actually the old ways, or the ways that could have been if Greek thinking hadn’t created such a stranglehold.

God works with the material in hand. We just want to give Him a few more options. Have an open mind. This could be fun, joyful even.

What should Gentiles do about the Sabbath?  END_OF_DOCUMENT_TOKEN_TO_BE_REPLACED

Is the Church what we think it is? END_OF_DOCUMENT_TOKEN_TO_BE_REPLACED

How does the church all fit together? END_OF_DOCUMENT_TOKEN_TO_BE_REPLACED

Why we should celebrate our oldies END_OF_DOCUMENT_TOKEN_TO_BE_REPLACED

A Muslim father has been convicted of racially abusing staff... END_OF_DOCUMENT_TOKEN_TO_BE_REPLACED

Christians in Russia are now banned from discussing their faith... END_OF_DOCUMENT_TOKEN_TO_BE_REPLACED