What is the key to successful Christian living?

So, after eight books on the subject, have I finally reached the end of my journey into the Hebraic? Probably not, although these articles are my attempt to summarise the journey so far and to provide us all with the tools to make a real difference in the way we understand and exercise our faith. The truth is that the end of the journey is way beyond the horizon as the fullest understanding of our relationship with our Creator will only be realised when we meet Him face-to-face beyond the ‘great divide’. 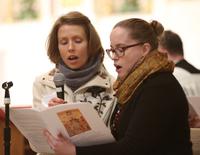 By now you should at least have a better understanding of what I mean by ‘Hebraic’. In the long history of the Church there have been many expressions of the Hebraic by groups who would not have heard of the word and would never dream of using it in polite company. Pointers to this are where we see God truly put at the centre and where community is stressed over the individual. Then there is the constant theme of function over form, where actions are truly greater than words and vastly greater than those performing them. Our three principles of honouring God, reflecting Jesus and engaging with the Holy Spirit could be said to be the very heart of Hebraic living.

If there is just one thing you take from this book it’s the need to implement these three principles in all that you do, particularly in your witness to the world. You may honour God in your evangelistic efforts, but this needs to be done in a Christ-like attitude and an ear tuned into the promptings of the Holy Spirit. You may show the servant heart of Jesus in your dealings with people, but they must be told that you are God’s ambassador and are acting in accordance with the direction of the Holy Spirit. You may operate in the gifts of tongues and prophecy, but do you glorify God in acknowledging Him as the true source and does Jesus shine out through you as you minister to others?

Yet we can distil the message even more. The original by-line for this book was called out … standing out, urging the need for correct action and attitude in all we do. We’ve had this teaching for years, it has become over-familiar and we are often guilty of paying occasional lip-service to it rather than allowing it to soak into our spirit and become our ‘default mode’. We are all more Greek than we realise, we have history and the processes of society to thank for this. There are people I know who wear the label ‘Christian’ with great pride, who are pillars of the local church, always the first to pray in public, speak to the stranger and speak of Jesus fearlessly. Yet … when it comes to conduct and dealings with people in their private life, it’s a totally different picture. The external mask does not truly reflect the internal motivations. It’s not Jesus shining through, it’s a safe replica. There is an absence of that much-maligned Christian term that now gets its first outing in a book that is actually all about it – holiness. We would do well to truly dwell on this verse.

And we all, who with unveiled faces contemplate the Lord's glory, are being transformed into his image with ever-increasing glory, which comes from the Lord, who is the Spirit. (2 Corinthians 3:18)

We cannot over-stress the influence of Greek thought on Western civilisation and, by extension, on the Western Church. It’s amazing to trace so much that we say, think and do to a group of Greek philosophers over two thousand years ago. The Greeks gave us our man-centred view of the world, governed by our intellect and senses. They gave us personal ambition expressed as the individualism that drives our society. They gave us form over function, where we celebrate people and possessions, rather than the actions and purposes they represent. They present us with a world where God is marginalised, Jesus is no role model and the Holy Spirit is supplanted by just about every other spirit that lurks out there.

Of course this is a bit of a simplistic approach. Our world is growing ever more complex. The Oxford dictionary has named the term ‘post-truth’ as their international word of the year in 2016. The context was Brexit/Trump, that two-edged tormentor of our liberal establishment and the irony of the term is in the fact that the ordinary voters of the UK and the USA did not conform to what the establishment saw as ‘absolute truth’, in their eyes. Having rejected actual Biblical absolute truth, replacing it by relative truth, the liberals and ‘progressives’ were blinkered enough to think that their ‘truth’ was the only truth. The fact is that our society had already entered ‘post-truth’ way before the liberals had thought of the term.

The only truth is in the Life, He who demonstrated truth by His life on earth. The only way the world is going to see this truth is for those of us with ears to hear to Live in the Life.

Medical doctor Erik Strandness asks whether this pandemic could... END_OF_DOCUMENT_TOKEN_TO_BE_REPLACED

That was the challenge levelled at historian Tom Holland on The... END_OF_DOCUMENT_TOKEN_TO_BE_REPLACED

Erik Strandness responds to a recent debate between ‘Side A and... END_OF_DOCUMENT_TOKEN_TO_BE_REPLACED

Global evangelist and founder of Christ for all Nations (CfaN)... END_OF_DOCUMENT_TOKEN_TO_BE_REPLACED

Tim Keller has claimed it is "harder" to be an evangelical Christian... END_OF_DOCUMENT_TOKEN_TO_BE_REPLACED

Brothers from Lahore have been sentenced to death after posting... END_OF_DOCUMENT_TOKEN_TO_BE_REPLACED

A woman, aged in her 30s, is critically ill after being found... END_OF_DOCUMENT_TOKEN_TO_BE_REPLACED