Is Giving a form of Worship?

Supporting those who ‘live by faith’ should be automatic; reminders, ‘begging letters’ and huge donation buttons on websites should not be necessary. A friend was instructed by the Holy Spirit to bring his cheque book to the final day of that conference and give money to two people he hadn’t even met yet! That’s how it is meant to work! 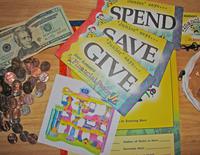 I would go as far as to say that giving is a form of worship; it is blessing those who wish to bless God through their ministry. It is giving back to God what He has given you. He may have blessed you with marketable skills that ensure a comfortable living, or has put you into a supportive family, or has provided you with a financial windfall. What we must never do is retreat into our comforts, even if we are continually thanking God for His bounty. Just as He hasn’t given you personal salvation without tasks to perform for His Kingdom, so He hasn’t blessed you with material comforts just so that you can visit the Canary Islands every year. There’s always a reckoning. One day you are going to have to stand before Him and explain yourself. The Parable of the Talents makes that point quite clear, that all we are given is to be put to the service of the Kingdom of God.

Could it be that fear has crept in at both ends of the spectrum? Some ministries operate a form of blackmail in the way they demand funds, either threatening cessation of services or promising blessings to generous givers, something they have no right to be doing, especially when they are mangling Scripture to provide justifications. They are acting in fear themselves, trusting psychology and proven manipulation techniques, rather than trusting in God to supply their needs. Also they are planting fear in the hearts of their supporters, fear of losing the benefits of the ministry, or fear of losing blessings. This is frankly awful!

At the other end of the spectrum, there is the fear among ordinary Christians of committing funds to support ministries. The thinking can be, to be honest, if we give £xx to yyyy, how are we going to afford zzzz for ourselves? Where is the trust in God to provide our needs? The widow’s mite has given way to family budgeting spreadsheets. Our materialistic society has a lot to answer for. Here’s a reminder of the good old days:

All the believers were together and had everything in common. They sold property and possessions to give to anyone who had need. (Acts 2:44-45)

Even those who don’t ‘live by faith’ must realise that doing so is seeing God in action in new ways. There is such blessing in financial vulnerability, even if it is in supporting poorer brothers and sisters sacrificially. A friend of mine in ministry has been ‘living by faith’ for years and was actually disappointed when the ministry declared that they were going to start to pay him a regular salary!

In all of this, God is Good … all the time. He supplies our needs despite all of this, usually through unusual and unexpected ways and we are amazed and heartened by the generosity we find among Christian brothers and sisters. So, it’s not all one big rant!

Always fix your mind on the Lord. You may not be in ministry, in the usual definition of the word, but you may simply be strapped for cash. There is currently a reality TV show that has four families transported to Victorian London, where the realities for poor people really were a matter of life and death. Life or death decisions were made on a daily basis, with the threat of the workhouse, debtor’s jail or malnutrition hanging over them. The welfare state was not to emerge until the following century and one’s existence hung by the thread represented by the health and fitness of the breadwinner of the family (which, in extreme cases were the children). And, of course, this is still the case for the majority of the world.

We can’t just quantify our needs in a monetary sense. Even the richest of the rich can be struck down in an instant by an embolism or a kid on a motorbike. Never is the clash of kingdoms more poignant than in matters of health. A terminal illness for an unbeliever delivers the curse of increasing pain and infirmity followed by the inevitable fate of the “curse” – judgement followed by an eternity of separation and misery. For a Christian there is no magic pill to ease symptoms but there is not only a glorious afterlife but the possibility of divine healing. Then there are the dreadful situations we create for each other; war, strife, terrorism and all of the various ways evil people inflict their wills on others. Without a divine element there can be no hope either in this world or the next. Yet most people reject this hope. How eyes are blinded!

A Hebraic understanding of such weighty matters would put God and His Plans at the centre of our thinking, not our reaction to them. From His perspective, we all fall into one of two categories; those who listen to Him and seek to live their lives in obedience to Him and those who reject Him and consign themselves to the random indifference brought about by the Fall. For the latter group there’s no point in them complaining, raising their fists to the sky or cursing Him, because He is deaf to the consequences of their bad decision, but compassionate enough not to give up on them. They may have rejected Him, but the reverse is never true. For those who have chosen to follow Him, He has plans. Here are two familiar Scriptures:

For I know the plans I have for you,” declares the Lord, “plans to prosper you and not to harm you, plans to give you hope and a future. (Jeremiah 29:11)

Trust in the Lord with all your heart and lean not on your own understanding; in all your ways submit to him, and he will make your paths straight. (Proverbs 3:5-6)

This latter passage was my Baptism verse that has underpinned my ministry ever since, particularly in the lessons learned when I’ve ignored it! The point here is that there is absolutely no way of knowing where this “adventure in Jesus” is going to take us, all that we need to do is to trust the Captain, even when we hit the storms, fall victim to mutiny or are shipwrecked. That’s what God’s kingdom should mean to us and it can be so hard for us to actually live our lives in this truth. But live it we must.

It’s the most natural question in the world: If God is good and... END_OF_DOCUMENT_TOKEN_TO_BE_REPLACED

At the heart of the Christian faith is a duty to love God and... END_OF_DOCUMENT_TOKEN_TO_BE_REPLACED

As health systems come under pressure our culture‘s value of... END_OF_DOCUMENT_TOKEN_TO_BE_REPLACED

Global evangelist and founder of Christ for all Nations (CfaN)... END_OF_DOCUMENT_TOKEN_TO_BE_REPLACED

Tim Keller has claimed it is "harder" to be an evangelical Christian... END_OF_DOCUMENT_TOKEN_TO_BE_REPLACED

Brothers from Lahore have been sentenced to death after posting... END_OF_DOCUMENT_TOKEN_TO_BE_REPLACED

A woman, aged in her 30s, is critically ill after being found... END_OF_DOCUMENT_TOKEN_TO_BE_REPLACED