The elephant in the pews?

It’s not all black and white, we are connected to each other in more ways than we realise and it’s not just for friendship, as it would be if we were just part of the world. No, these are people who pray for each other, encourage and correct each other and support each other in many other ways. This is how the Christian world is meant to go round.

But it doesn’t. Ministries struggle for financing because many Christians’ finances are tied up in tithing schemes from their local Church that give no leeway for the work of the Holy Spirit to work in people’s lives in the area of giving. Instead they are forced to adopt tried and tested techniques and schemes endorsed by the secular world. It’s just as well we have a faithful, caring and creative God, because it’s getting harder and harder to ‘live by faith’. 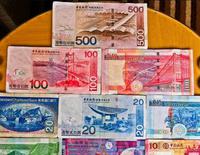 Let’s think a bit about money. A dirty word in Christian circles, yet there’s little teaching on the subject apart from the ‘prosperity teachers’ who are continually looking for new creative ways to fleece the flock. Money is the accepted way that the world works, even impinging on the Kingdom of God. There’s the form and there’s the function. The form is the size of your bank account, money under the mattress, premium bonds, lottery win, jewellery collection, the equity in your family home or the coins in your piggy bank for a rainy day. This is how the world sees it, it can be seen as a measure of how you are esteemed by others, a sign of success or breeding or even luck. Yet it is the function that is important to us, what it is used for. Does it allow a fellow Christian in full-time ministry to live from day-to-day? Or is it used to purchase and promote marketing programmes devised by human minds, rather than mandated by God? Or is it used to pay salaries of “professional” Christians?

We are asked to be good stewards and this includes making sure that what God has freely given to us, is given back to Him. Everything we have is from God. To be blunt, there’s a lot of wealthy Christians who need to take that one on-board. I can’t tell you how many times I and other Christians in ministry have been offered significant financial support … but with strings attached. This can take the form of the donor having a say on how the money is used, even if they do not have the wisdom or expertise to do a decent job. Or there could be restrictions that are motivated by doctrinal views of the donor.

Everything we have is from God.

The silver is mine and the gold is mine,’ declares the Lord Almighty. (Haggai 2:8)

Now it is required that those who have been given a trust must prove faithful. (1 Corinthians 4:2)

Christians can be very awkward with money and I have experienced a variety of different ways that organisers handle the situation of how to recompense a visiting speaker (i.e. me). In the space of a month I had two very contrasting experiences. In the first meeting the leader explained a little about my ministry and my needs and exhorted the congregations to give generously into the basket passed around. The gift indeed was generous and was added to later by two individual donations, one by hand, the other anonymous. It more than covered my costs and the fact of the generosity itself was warming, even apart from the practical aspects. In the second meeting, of around the same size, the leader seemed embarrassed even to mention the fact that I had come a long way and had incurred expenses and no collection was arranged or expenses paid (it did come eventually by post but it barely covered petrol and parking costs!).

This is not an indictment on the second group, but rather on the mindset that pervades that Christians living by faith are financed by God, so we don’t have to! Don’t they realise that they may be the means of blessing us, or do they think that God rains down financial manna in the form of hard cash every night (apart from the Sabbath, but double portion the day before). Everything is all so “spiritual”. I sometimes think people don’t realise that we all have physical needs too. I blame Plato, that man has a lot to answer for! I’m not embarrassed if people pass round the basket in my presence, the gentle flutter of a banknote in the basket is more acceptable than the jarring clunk of coins, because at least it means we can have a meal at the service station when we stop off to buy petrol on the long drive home. Most people don’t have to sit through such awkwardness, the gathering of money tends to be done electronically by BACS, which means that it rarely has to be thought about. Yet Christian teachers, preachers (and writers) have to endure this archaic process which can make them feel they are in a Roman amphitheatre awaiting the ‘thumbs up’ of approval or ‘thumbs down’ of disapproval (though thankfully not death). There is a sense of being paid for performance, but it can work both ways, particularly if we feel that the message has just landed on stony ground!

At Foundations conferences we make a show of not ‘passing around the basket’ but allow delegates to take the initiative and post their offerings through a couple of post-boxes in the conference room. This takes away their embarrassment of having to add to a travelling basket but adds a risk to us that not all are going to respond. At a recent conference the offering was frankly quite paltry and we realised afterwards that teaching is needed to make people break out of the Greek restrictive bubble and enter into God’s Hebraic freedoms where rich are supporting the poor and where some preachers and teachers can afford an occasional luxury or two.

In many ways the world is shrinking – culturally, economically... END_OF_DOCUMENT_TOKEN_TO_BE_REPLACED

Let's welcome Jesus into our hearts and homes, to celebrate his... END_OF_DOCUMENT_TOKEN_TO_BE_REPLACED

Like it or not. Religion is good for us

Chris Goswami responds to the debate between Matt Dillahunty... END_OF_DOCUMENT_TOKEN_TO_BE_REPLACED

In partnership with Premier Jobsearch – ‘Where Christians Find... END_OF_DOCUMENT_TOKEN_TO_BE_REPLACED

Global evangelist and founder of Christ for all Nations (CfaN)... END_OF_DOCUMENT_TOKEN_TO_BE_REPLACED

Tim Keller has claimed it is "harder" to be an evangelical Christian... END_OF_DOCUMENT_TOKEN_TO_BE_REPLACED

Brothers from Lahore have been sentenced to death after posting... END_OF_DOCUMENT_TOKEN_TO_BE_REPLACED

A woman, aged in her 30s, is critically ill after being found... END_OF_DOCUMENT_TOKEN_TO_BE_REPLACED