What about the survival of the fittest?

I walked past a children’s pre-school nursery the other day and a sign on the wall caught my eye. Give your child one step ahead in life. Innocuous words? Yes, well meaning and, on the surface, a harmless and worthy motto. Yet … 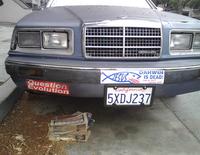 This is life as a race, as a competition, where one’s child’s position on the starting grid is crucial to give them that little bit of an advantage. This is not just pushy parent syndrome, this is evolutionary thinking personified and so endemic to our culture that we fail to notice it. It’s a dog-eat-dog world, join the rat-race, money talks, lunch is for wimps, give your child a better start in life. These slogans define the culture of the West.

But do we buy into this culture as Christians? Surely our kingdom is not of this World?

The Kingdom of God is what connects our spirits together and to the Source, God Himself. Our physical bodies may be in the physical world of houses, shopping malls, offices and dance halls, but our ambitions, motivations and goals are governed by the spiritual connections as members of the Body of Christ. It probably smacks of that old heresy, Platonism, which made a clear division between the spiritual and the physical,

But Plato denied the physical and deemed it evil. We are not to do so, we must be aware that although our true home is in the Kingdom of God, we still live in the physical Kingdom of this world and that our primary reason for living here is to help transition people from this world to ours. It’s like the Greek myth of Charon, the ferryman on the Styx, but in reverse. He “carries” souls off to Hades, but we are to help to carry souls from death to life, to be “part of the story” for as many of the lost that we can.

We eat, sleep, work, rest and play in this World, but it does not govern us. We are therefore not bound by its systems, particularly when they are at odds with the godly systems that we live our lives by, unless they are instructions enshrined in a rule book (i.e. laws of the land).

This is an important principle. We are called to be ‘salt and light’ to the World and to let our lamps shine and, indeed, represent Jesus’ likeness, but we are no more part of it than tourists visiting an island paradise. For this reason it is good to get involved in areas such as politics, in order to have a positive effect, but not to get upset if the ‘wrong party’ wins the election, or if the rulers are not fit for purpose. There are still Christians in the UK who have not accepted the Brexit decision many months later. They totally miss the point. God is always in charge and will use all situations for His purposes, even when they are not clear to us. This should give us hope when we look at the sorry state of World statesmanship at the present time. Things that concern others should not concern us.

We are not in a rat-race, we should not succumb to the mentality that insists on the survival of the fittest. Out of this thinking comes social abortions (a child would get in the way of my ambitions), abortions of Down Syndrome children (apparently in Iceland this happens in 100% of cases, nothing less than a cull), euthanasia of the elderly (an early inheritance), ulcers and stress (must work harder, must work harder), marriage breakdowns (too busy earning money to get ahead), fatherless children (can’t be tied down, I have a life to live).

This is not what we are called to be a part of, so turn away now if you are tempted, or drawn into it by subtle forces. It is social Darwinism, far removed from the Hebraic lifestyle the Bible prescribes for us, and is spoken about in this passage:

For all can see that the wise die, that the foolish and the senseless also perish, leaving their wealth to others. Their tombs will remain their houses forever, their dwellings for endless generations, though they had named lands after themselves. People, despite their wealth, do not endure; they are like the beasts that perish. This is the fate of those who trust in themselves, and of their followers, who approve their sayings. They are like sheep and are destined to die; death will be their shepherd (but the upright will prevail over them in the morning).Their forms will decay in the grave, far from their princely mansions. (Psalm 49:10-14)

There is nothing wrong being a part of the World’s system as long as it doesn’t define you and that God has given you both the grace and mandate to live this way. If you are honouring God, reflecting Jesus and engaging with the Holy Spirit, then you have found the balance that works for you. Just realise that you have a calling, a higher purpose, that you are in every way as much a missionary as one called to far-flung places. And as such, make sure you have support structures to keep yourself grounded; people praying and interceding for you, others mentoring and counselling you, still others fellowshipping with you on a regular basis. We need to keep our batteries fully charged!

Like it or not. Religion is good for us

Chris Goswami responds to the debate between Matt Dillahunty... END_OF_DOCUMENT_TOKEN_TO_BE_REPLACED

As health systems come under pressure our culture‘s value of... END_OF_DOCUMENT_TOKEN_TO_BE_REPLACED

Global evangelist and founder of Christ for all Nations (CfaN)... END_OF_DOCUMENT_TOKEN_TO_BE_REPLACED

Tim Keller has claimed it is "harder" to be an evangelical Christian... END_OF_DOCUMENT_TOKEN_TO_BE_REPLACED

Brothers from Lahore have been sentenced to death after posting... END_OF_DOCUMENT_TOKEN_TO_BE_REPLACED

A woman, aged in her 30s, is critically ill after being found... END_OF_DOCUMENT_TOKEN_TO_BE_REPLACED