Are you honouring God?

Perhaps a curious topic for discussion, but an important one because, for the Church today, this is possibly enemy #1. It is a clever device of our enemy for corrupting and disrupting both fellowships and individuals from the top down. It is no respecter of rank or position and can infect us all equally, whether we are an international evangelist hoisted on a media platform, or just someone with self-esteem issues. It’s the deadliest of the deadly sins, because it bypasses our senses and hits us at the centre of our being, our inner self.

Too much self-esteem is a manifestation of pride, but so is lack of self-esteem. This is because the sin of pride is putting yourself dead centre, everything just floats around you either to be judged or feared by you. Too much self-esteem and you feel yourself in a position to judge, too little self-esteem and you feel yourself judged by others. The key is to get the balance and the way to do this is by not making it an issue and focusing on God rather than ourselves. We will demonstrate this by working through our three principles.

We have this unfortunate tendency to put ourselves first. Job has a very graphic put-down for this attitude:

Though the pride of the godless person reaches to the heavens and his head touches the clouds, he will perish forever, like his own dung; those who have seen him will say, ‘Where is he?’ (Job 20:6-7) 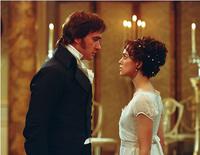 Pride has been at the centre of a lot of unfortunate episodes in the Bible, from the Fall and the tower of Babel to that arrogant upstart, Nebuchadnezzar. Augustine said ‘it was pride that changed angels into devils’. It is said to be the worst of all the seven deadly sins.

But the key issue is this:

In his pride the wicked man does not seek him; in all his thoughts there is no room for God. (Psalm 10:4)

We are so caught up in ourselves that God is pushed into a corner. Consequently, God does not get the honour He deserves and we fail at one of the key purposes of our daily walk. Think of it from His perspective. He has created you in His image, breathed life and new life into you and provided you with plan and purpose. And what have you done in return? Not just failed to acknowledge Him for Who He is and what He has done for you, but stolen what is rightfully His, honour and respect.

Instead we ‘big ourselves up’, despite the constant warnings in Scripture.

When pride comes, then comes disgrace, but with humility comes wisdom. (Proverbs 11:2)

Pride goes before destruction, a haughty spirit before a fall. (Proverbs 16:18)

The arrogance of man will be brought low and human pride humbled; the Lord alone will be exalted in that day, (Isaiah 2:17)

As children of The King, we need to think less highly of ourselves and, in the words of the much-missed Ronnie Corbett, in the famous sketch about the class system with John Cleese and Ronnie Barker, live by the simple maxim, “I know my place”.

Why we should celebrate our oldies END_OF_DOCUMENT_TOKEN_TO_BE_REPLACED

Pete Phillips explains why being a Christian does not mean magical... END_OF_DOCUMENT_TOKEN_TO_BE_REPLACED

Global evangelist and founder of Christ for all Nations (CfaN)... END_OF_DOCUMENT_TOKEN_TO_BE_REPLACED

Tim Keller has claimed it is "harder" to be an evangelical Christian... END_OF_DOCUMENT_TOKEN_TO_BE_REPLACED

Brothers from Lahore have been sentenced to death after posting... END_OF_DOCUMENT_TOKEN_TO_BE_REPLACED

A woman, aged in her 30s, is critically ill after being found... END_OF_DOCUMENT_TOKEN_TO_BE_REPLACED