Does God do more than He is given credit for?

"Therefore say to the Israelites, 'This is what the Sovereign LORD says: It is not for your sake, people of Israel, that I am going to do these things, but for the sake of my holy name, which you have profaned among the nations where you have gone”. (Ezekiel 36:22) 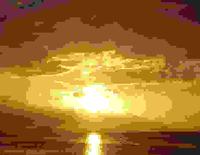 God speaks of the good things He is going to do for His people, Israel. It’s not that they deserved it - they didn’t because they had profaned His Name; it was because of His Name that He was going to do it. To understand these things we need to understand Him better. Here are a few points from the pages of my book God’s Blueprint, my defence of the truth and beauty of the Old Testament.

God often does more than He is given credit for. Perhaps the biggest lesson often missed by the leaders and Kings of Judah and Israel is that their successes were not due to their efforts, only their failures were! Did they really believe that a generation of slaves could defeat the battle-hardened Amalekites through some sort of innate military canniness?

And it happened, when Moses held up his hand, that Israel prevailed: and when he let down his hand, Amalek prevailed. (Exodus 17:11 KJV)

No, this wasn’t because Moses was controlling a belt-fed machine gun. He was simply following God’s instructions, however strange they may have seemed at the time. God had a habit of doing that, witness the highly complex sacrificial system, with its exact measurements and detailed instructions that had to be carried out to the letter! It may just be that, by doing so, God was asking them to take Him more seriously and not for granted. Sometimes He requires us to partner with Him in these joint endeavours. It’s all very well expecting Him to win the battles for us or accept our sacrifices, but there always has to be something we have to do, even if it is just praying (not that this is an insignificant activity!).

God reveals more about Himself than we usually notice. God has poured Himself into the ink in your printed Bible. Until we individually learn to hear His voice in other ways, the printed Word is all we have. It’s a shame that it is a second hand Word, translated from a language that is both beautiful and impenetrable, into that of our everyday speech. What we gain from having the words in English, we lose through missing the nuances and subtleties of Hebrew.

A chief function of Holy Scripture is to draw people back to their Creator, so it is paramount that He is properly represented. We need an authentic vision of God, so that we can appreciate Him properly. Many, if not most, of His actions are to that end and He has a neat phrase for it; for My Name’s sake. We have already seen this in Ezekiel:

Therefore say to the House of Israel, Thus says Adonai, the LORD, I AM not doing this for your sake, O House of Israel, but for My holy name’s sake, which you have profaned among the nations wherever you went. And I shall sanctify My great name, which was profaned among the nations, which you have profaned in their midst, and the nations will know that I AM the LORD, says Adonai, the LORD, when I am sanctified in you before their eyes. (Ezekiel 36:22-23 One New Man version)

He needs a good Name, a good reputation, so you can see that when Israel had profaned His Name, this is not good and results in dire consequences. Yet He persevered with His people and promises them (in the next few verses in Ezekiel) that He still has a great future planned for them. God does not go back on His promises. He repeats this in 1 Samuel 12:22 and reminds His people that He’s only holding back His wrath for His Name’s sake, because it’s wrath they surely deserved (Isaiah 48:9).

Both Jeremiah (Jeremiah 14:7,21) and the Psalmists understood this and remind God of His great attributes, His forgiveness (Psalm 25:11), guidance (Psalm 31:3) and salvation (Psalm 79:9) and they are all good demonstrations of His good Name.

Surely it should make us tremble in an age when even some Christians are surely profaning His Holy Name in their actions. Is He forestalling judgement for His Name sake or is the Church ripe for a major shock?

So we have seen that God still acts to grab our attention, still uses the most unexpected people to work with, does things His own way, prefers it if we don’t mess Him around, often does more and reveals Himself more than we realise. He is far more involved in our world than many in the Church realise. So how can we ensure that all we are doing is for His Name’s sake?

There are more hovercraft in the world now than there has ever been since their invention over 60 years ago.

HoverAid is a Christian Charity that serves others by using unique... END_OF_DOCUMENT_TOKEN_TO_BE_REPLACED

Medical doctor Erik Strandness asks whether this pandemic could... END_OF_DOCUMENT_TOKEN_TO_BE_REPLACED

Why we should celebrate our oldies END_OF_DOCUMENT_TOKEN_TO_BE_REPLACED

Global evangelist and founder of Christ for all Nations (CfaN)... END_OF_DOCUMENT_TOKEN_TO_BE_REPLACED

Tim Keller has claimed it is "harder" to be an evangelical Christian... END_OF_DOCUMENT_TOKEN_TO_BE_REPLACED

Brothers from Lahore have been sentenced to death after posting... END_OF_DOCUMENT_TOKEN_TO_BE_REPLACED

A woman, aged in her 30s, is critically ill after being found... END_OF_DOCUMENT_TOKEN_TO_BE_REPLACED