How can we find shalom?

It’s a simple enough problem. God wants us to be complete and whole, whether it is you and I as individuals, or the Church as a complete worldwide and regional body. He wants us to find the shalom of salvation in our relationship with Him, the shalom of unity in our relationship with fellow believers and the shalom of oneness in the dynamic between Jew and Gentile. Realistically, the problems of the wider Body of Christ are not going to be solved within these pages, so you and I are going to do the only thing we are able to do and that is do our best to get things right as individuals. And only then can we hope and pray that we can influence others, in accordance with whatever function God has in store for us. This can be quite an exciting journey, I hope you have buckled up.

Platonism brought division, whether it is in how we worship, read the Bible, live our lives, allocate our resources, order our Church services and so on. By creating a wedge between the “physical” and “spiritual” and deeming the latter preferable to the former, it created artificial divisions between clergy and laity, supernatural and natural, holy and profane, sacred and secular. These divisions are embedded into the DNA of our Church life, whether we choose to accept this or not. It has created a Church that has mostly accepted a model developed by secular corporations; led from the front, hierarchical and non-collaborative. It has produced Christians who rarely impact their environment, outside the safety of their Church bubbles. Along with other aspects of Greek thinking it has produced a ‘man-centred’ Christianity, suffused with the individualism, ambitions and naturalistic world-view of our godless secular society, rather than the ‘God-centred’ force of nature it was intended to be.

The solution is as obvious as it is difficult. We need to first accept that change is needed, then be open enough to be agents of change ourselves. This change is not a trivial matter, though, it is not a matter of taking a pill, reading a book or changing a few habits. It is an acknowledgement that the Church, in its formative years, has ingested some dodgy material that is still stuck in the system. Ideally we need a purge and a switch to a healthier diet, but that’s not going to work in our case as we are dealing with a Church, as I said earlier, that has a DNA that has been modified. Jettisoning the tiresome metaphors, what this actually means is that the Greek mindset is thoroughly embedded in most aspects of the Western Church, in how it thinks and how it acts. It’s not just the dualism of Plato, but it is also the reliance on the rational approach of Aristotle, as a counterpoint to the supernaturalism of a faith environment driven by the Hebraic mindset of Jesus and the Jews in Biblical times. In short, the Greek mindset does not provide the best tools for living a faith-filled life, where a belief in the ‘miracle maker’ is the defining feature. This is a good point for a brief primer into the differences between the Greek and Hebraic mindset, so you can appreciate the scale of the problem. 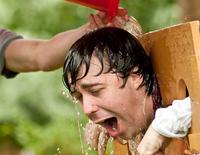 Firstly, a potted history of the mainstream Church in the West, to see the effects of Greek thinking. The following is taken from “Hebraic Church”:

The established mainstream Church first left the rails as soon as the original apostles had died, leaving the legacy of Jesus in the hands of Gentiles educated in the Greek-speaking world and immersed in the philosophic ideas of Ancient Greece, particularly the dualism of Plato, which separated the spiritual from the physical, with the former being preferred to the latter. Heresies, such as Marcionism and Gnosticism, abounded, borne out of corruptions of God’s word through these ideas from Greek philosophy and these were countered through the efforts of early Church fathers such as Justin Martyr and Irenaeus, who, themselves were self-styled Christian philosophers. So the Christian world in those days was fought over by Greeks versus Greeks, with the only real casualty being the gospel itself.

It was in the ancient city of Alexandria when things really started to get worse, thanks firstly to the Church Father, Clement, who was by today’s standard a heretic in all but name, and Origen, who did immeasurable damage in the area of Bible interpretation, popularising the use of allegory in his approach to Holy Scripture and opening up the floodgates for ages to come, allowing “teachers” to coax any meaning they liked out of their reading of the Bible.

Then came the Dark Ages, a period of ignorance, superstition and... darkness. Although the Bible was now available, few could actually read it, apart from the professional class of Christians, the clergy. Some of the blame for these sorry times could be laid at the feet of the foremost Christian teacher of that day, Augustine. He wrote a book, City of God, as a defence of Christianity against the paganism that surrounded it. In the book, he encouraged his readers, (in a Christian take on the dualism of Platonism,) to pay less attention to their lives and, instead, look heavenwards at the “city yet to come”, the City of God, or Heaven. Hence the Dark Ages, when nobody really cared about anything apart from the promises of the after-life, were dictated by the State Church with its system of sacraments, rather than by the authentic route of repentance of sins and trust in the death and resurrection of Jesus Christ!

In the 8th Century the works of another Greek philosopher, Aristotle, were discovered by the Muslims and translated by the Jews into the languages of the day. By introducing the concept of rationalism into the religious cultures of the Jews, Muslims and Christians, it is fair to say that the damage done was immense. These ideas were taken up by the most influential Christian philosopher of the Middle Ages, Thomas Aquinas, who created a religious system combining faith and reason, stating that even the existence of God was not to be taken as a given but through analysis of information that could be gathered by the senses.

The genie had been let out of the bottle and the subsequent rise of rationalism was to eat away at the certainties of faith. State Christianity became more of a philosophic system to be argued over than a supernatural expression of God’s plans for mankind. This was not helped by the corruptions of the Catholic Church and its use of pagan practices to control the ordinary people. Something had to give and it was Martin Luther who provided the spark of a Reformation in the Church, a new beginning.

Yet even the Reformers were not free from Greek influences, following the Platonism of Augustine in many of their ideas, as distinct from the Roman Catholics, who stuck to the Aristotelianism of Thomas Aquinas. It was the accent on the rationalism of Aristotle that was to spearhead the next major attack on the Christian Church, which has lasted from the end of the Middle Ages right up until today. First came the Renaissance, the “rebirth”, the flowering of culture and artistic expression in Italy, believe it or not inspired by the ideals of Ancient Greece! This was also the birth of Humanism, a movement that placed man at the centre of everything, rather than God. Then came the philosophers of the Enlightenment, who built on these ideas and eventually did away totally with the need for God, replacing Him with their own rational ideas. This gave birth to Individualism, which has now become the defining feature of modern society.

Although God made something of a comeback thanks to the Methodist movement, followed by the awakenings of the 18th and 19th Centuries, prompting a massive worldwide missionary movement, we largely entered an age of confusion and division. This was the age of new cults, such as Christian Science and the Jehovah’s Witnesses, borne out of the ancient Greek heresies. It was also an age of a fight back by the Catholics, with strange new doctrines such as the Immaculate Conception. There were the Deists, who believed in some kind of absentee landlord God and then there was Charles Darwin and his ideas, to further chip away at the ancient faith, with the mallet of human reason and scientific methodology. And out of Germany came Higher Criticism, a new way to disbelieve the Bible.

Which brings us to the modern age, where our story ends, though the problems don’t, as we are still held bound by Greek thought. It hasn’t gone away, it has just embedded itself into our thought processes. Deep surgery is needed, now that we have made the diagnosis. We need to start to think about a cure.

We will do this next week …

That was the challenge levelled at historian Tom Holland on The... END_OF_DOCUMENT_TOKEN_TO_BE_REPLACED

Why we should celebrate our oldies END_OF_DOCUMENT_TOKEN_TO_BE_REPLACED

Erik Strandness responds to a recent debate between ‘Side A and... END_OF_DOCUMENT_TOKEN_TO_BE_REPLACED

There's Racism in the Church

Is there racism in the Church? END_OF_DOCUMENT_TOKEN_TO_BE_REPLACED

Global evangelist and founder of Christ for all Nations (CfaN)... END_OF_DOCUMENT_TOKEN_TO_BE_REPLACED

Tim Keller has claimed it is "harder" to be an evangelical Christian... END_OF_DOCUMENT_TOKEN_TO_BE_REPLACED

Brothers from Lahore have been sentenced to death after posting... END_OF_DOCUMENT_TOKEN_TO_BE_REPLACED

A woman, aged in her 30s, is critically ill after being found... END_OF_DOCUMENT_TOKEN_TO_BE_REPLACED