When did God have enough of us?

The one who comes from heaven is above all. He testifies to what he has seen and heard, but no one accepts his testimony. Whoever has accepted it has certified that God is truthful. (John 3:31-33)

Here’s our start point. God is Truth. This is as certain a statement that we can make, just like the related statement, Man is not so truthful. Our journey begins with this and we shall go right to the beginning to watch our story unfold.

Now for one of the saddest verses in the whole of the Bible.

Then the man and his wife heard the sound of the Lord God as he was walking in the garden in the cool of the day, and they hid from the Lord God among the trees of the garden. (Genesis 3:8)

We start off, I believe, with perfect shalom; completeness, wholeness and well-being. Think about it. Adam and Eve were used to their daily meetings with God Himself in the cool of the day. You really don’t know how well off you are until you lose something special. And they had just lost big time. Something had happened to disrupt their shalom, to separate them from their Creator and their lives (and ours too) were never going to be the same. 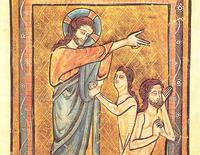 They had eaten from the tree of the Knowledge of Good and Evil and their minds were now open to new possibilities, a new awareness (they now realised that they were naked, something that wasn’t an issue before) and a new impulse, an insatiable search for knowledge, the aftertaste from the forbidden fruit. They had traded in their perfect fellowship with God for a life of search and discovery. They had moved from certainty – God is Truth – to the uncertainty of a life alone. No wonder they were full of shame and hid from God in the garden.

They had moved from shalom, wholeness, to badal, separation, from face-to-face chats with their Creator to a life of exclusion from the garden and of painful work and childbirth. This was the primary result of The Fall and it is going to reverberate through the halls of history. Cain kills his brother, Abel, and his punishment is further separation, banished to the land of Nod. Mankind at Babel built the tower in order to invade God’s territory and ‘to make a name for themselves’. God confounds their plans, confuses their language and separates them from each other, scattering them throughout the earth.

As the Hebrew Scriptures unfold, separation seems to be a divine principle, continuous movement, Abram and his family from Ur to Haran to Canaan, his cousin Lot separating off from the main party, Abraham’s sons later migrating to other lands.

Of course, these separations were of a geographical nature and were little more than nudges from a loving God to spread mankind out in order to feed on natural resources that were also spread out. The true effects of the Fall in terms of spiritual separation, that between man and God, kick in after Moses has led the Hebrew slaves out of Egypt to the foot of Mount Sinai.

For you are a people holy to the Lord your God. The Lord your God has chosen you out of all the peoples on the face of the earth to be his people, his treasured possession. The Lord did not set his affection on you and choose you because you were more numerous than other peoples, for you were the fewest of all peoples. But it was because the Lord loved you and kept the oath he swore to your ancestors that he brought you out with a mighty hand and redeemed you from the land of slavery, from the power of Pharaoh king of Egypt. (Deuteronomy 7:6-8)

So, first God separates for Himself a people He could hopefully do business with. Here’s a reminder, a bit further along in their journey:

For you singled them out from all the nations of the world to be your own inheritance, just as you declared through your servant Moses when you, Sovereign Lord, brought our ancestors out of Egypt. (1 Kings 8:53)

So mankind, from Adam and Eve separated from God in Eden, to a huge city of people, divided at Babel, is now divided again and God creates a nation, comprising of the Hebrew ex-slaves, to be His people, His representatives, His Kingdom of Priests, the chosen people.

But the separation does not end there … to be continued

Why we should celebrate our oldies END_OF_DOCUMENT_TOKEN_TO_BE_REPLACED

That was the challenge levelled at historian Tom Holland on The... END_OF_DOCUMENT_TOKEN_TO_BE_REPLACED

We live in an increasingly secular culture. This should challenge... END_OF_DOCUMENT_TOKEN_TO_BE_REPLACED

Garden of Eden Coffee by Premier

Win yourself a coffee break with our Bible quiz! END_OF_DOCUMENT_TOKEN_TO_BE_REPLACED

Global evangelist and founder of Christ for all Nations (CfaN)... END_OF_DOCUMENT_TOKEN_TO_BE_REPLACED

Tim Keller has claimed it is "harder" to be an evangelical Christian... END_OF_DOCUMENT_TOKEN_TO_BE_REPLACED

Brothers from Lahore have been sentenced to death after posting... END_OF_DOCUMENT_TOKEN_TO_BE_REPLACED

A woman, aged in her 30s, is critically ill after being found... END_OF_DOCUMENT_TOKEN_TO_BE_REPLACED