To the left of the Western Wall in Jerusalem is a tunnel that runs along a continuation of the wall. This tunnel is a yeshiva of sorts, also a synagogue of sorts. It is beyond characterisation as it is basically where serious Torah Jews hang out to study and worship. While I was there, various Shabbat services were being performed, with Torah scrolls removed from ornate cabinets, then carried around briefly so that others could kiss them. One of them was a huge metallic affair, reminiscent of a bomb casing. It opened on vertical hinges, revealing the ancient scroll within, which was lifted up and revealed to onlookers to revere. Then it was placed on a table and a call went out for a Chazan (singer) to start the service.

Up stepped a tall, slim, dark fellow in flowing robes, a young man with a beautiful voice. The service started (as did others randomly throughout the length of the tunnel) and many took turns to read from the Holy Scripture. Here was true unity, people who (mostly) have never met and would never meet under any other circumstances, because they were just too different. There were the ultra-orthodox with the furry hat, lesser degrees of orthodox Jew, secular Jews, some in shorts, Ethiopians, Russians and native born Israelis. What united them was far superior than what could divide them. United by their love of the Torah and the joy that it gave them. One young man stood separate from the throng. To me he looked like the sort of “lunatic” perhaps attracted by the surroundings. He was slim, with loose fitting clothes, sandals, dreadlocked hair and a woollen hat. He looked more Rasta than Rabba. The congregational leader then called for more readers … and up he stepped and read his portion reverently in beautiful Hebrew. Appearances are deceptive. 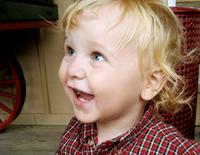 While experiencing these little episodes at the Western Wall, I continually marked off in my mind a comparison with Gentile Church and, again after again, wondered what the Church has lost when it made a conscious decision many centuries ago to jettison its Hebraic roots in favour of exotic pagan aberrations. Can we learn from these Jews? Can we just catch a flavour of the joy in worship, in reading God’s word, in the fellowship and family relationships that are displayed for the world to see in that huge cultural viewing gallery known as the Kotel (Western Wall)?

The Hebrew word for joy is “simcha”, we have already seen it used in “Simchat Torah”, the joy of the Torah. What you may have picked up is a major difference between the expressions of joy as experienced within Judaism and with Christians. With Jews, the accent is always on community, Simchat Torah is not a festival one celebrates in solitary. The Jewish festivals, as listed in Leviticus 23, are days of joy, of collective celebration.

And rejoice before the Lord your God at the place he will choose as a dwelling for his Name—you, your sons and daughters, your male and female servants, the Levites in your towns, and the foreigners, the fatherless and the widows living among you. (Deuteronomy 16:11)

In Western thought (and by extension, Christian thought), personal happiness is often stated as the great goal in life. In fact Aristotle said as much, happiness is the ultimate goal at which all humans aim. Then, of course, is the American Declaration of Independence, “the inalienable rights are … life, liberty and the pursuit of happiness”.

But it is not a Biblical imperative, as much as joy is, in the sense that the joy experienced within community is preferable to the happiness experienced by the individual. In his article, “The Pursuit of Joy”, Lord Jonathan Sachs says this:

“Happiness is an attitude to life as a whole, while joy lives in the moment. As J. D. Salinger once said: “Happiness is a solid, joy is a liquid.” Happiness is something you pursue. But joy is not. It discovers you. It has to do with a sense of connection to other people or to God. It comes from a different realm than happiness. It is a social emotion. It is the exhilaration we feel when we merge with others. It is the redemption of solitude.”

The communal nature of joy in the Jewish community is reflected in the very name given to social occasions, such as weddings, barmitzvahs or engagement parties. The word is … simcha itself!

Psalm 32:11 begins, “rejoice in the Lord …”. The Hebrew is samach (simcha) Yahweh (God). It is a command for all of God’s people, so let us learn together how to tear down our British reserve and enter into it!

Joy can be found in unlikely places END_OF_DOCUMENT_TOKEN_TO_BE_REPLACED

Are Christians people of joy? If so, why is it so often hidd... END_OF_DOCUMENT_TOKEN_TO_BE_REPLACED

Is there life in our churches?  END_OF_DOCUMENT_TOKEN_TO_BE_REPLACED

Which church does God prefer? END_OF_DOCUMENT_TOKEN_TO_BE_REPLACED

A boy, supported by the Church of Scotland, did face deportation... END_OF_DOCUMENT_TOKEN_TO_BE_REPLACED