How clever was Jesus?

Central to the whole concept of home and family in the Jewish world is the need to teach the next generation.

These commandments that I give you today are to be upon your hearts. Impress them on your children. (Deuteronomy 6:6-7)

The centre of religious life, as I said earlier, is the home not the synagogue. In fact the Hebrew word for parent, horeh, has the same root as moreh and torah. The latter two words mean “teacher” and “teaching”, so a primary role of a Jewish parent is as a teacher. Traditionally the three roles of a Jewish father are to support his family, study the Bible (Torah) and see that his children study the Bible. 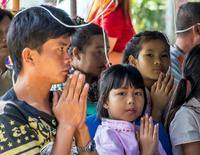 The rabbis tell us that the world is poised on the breath of schoolchildren and the education of Jewish children was always seen as an absolute priority. The Talmud (Mishnah Avot 5:21) tells us what sort of education these kids would have received, at the time of Jesus. It started at the age of five, when Bible training started, first from the Book of Leviticus, to understand the rituals and then from the Psalms, to understand the nature of God. At the age of ten, study began on the Oral Law and at the age of thirteen one was old enough to fulfil the laws and commandments. At fifteen they learned the works of the sages. By this age Holy Scripture was as familiar to them as the history and characters of our favourite soap, or line-ups of our sports teams are to us. To be fair, they weren’t burdened with the distractions we have now, with the internet, TV, radio, satellite and cable, magazines, paperback books and so on. But, then again, we’re not exactly forced into filling our heads with nonsense and trivia.

So how does this all relate to us? There’s a lot we can learn, without the backdrop of hostility and persecution from the World, although that may still be to come for Christians in the UK – in which case maybe it’s good to be prepared through a tried and tested model!

There’s one element to the whole thing, without which it is hamstrung. The Scriptures given earlier provide a hint.

Fathers, do not exasperate your children; instead, bring them up in the training and instruction of the Lord. (Ephesians 6:4)

For you know that we dealt with each of you as a father deals with his own children, encouraging, comforting and urging you to live lives worthy of God, who calls you into his kingdom and glory. (1 Thessalonians 2:11)

It is the role of the father. Men, we really need to get our act together. In the previous chapter we read that many fathers have not been taking their responsibilities seriously enough, but instead sub-contract the spiritual development of their children to Church youth workers.

A large men’s ministry in the UK has annual camps for men to attend to learn, worship and play together in manly ways. They can play sports, listen to music, watch comedy acts, play with toys and gather round bonfires. They also receive Christian teaching. I looked at the topics for last year; Christians in the workplace, sex education, personal development and doing ministry and changing the world.

Changing the world is a good thing, but it was a surprise not to see the most Biblical and neglected way of changing the World in that curriculum. As fathers, our primary mission is … our own children. How to fulfil the most important mandate on our lives, affecting the next generation … one soul at a time, starting in one’s own home!

This is not to criticise the ministry concerned in the same way that my intention in the previous chapter was not to put the blame for problems at the feet of youthworkers. It is our society and the conditioning it has imposed on a Church that has freely allowed it to do so. And it has done so for the past couple of generations. But, be heartened. It’s only two generations out of the fifty or so since the time of Christ. We can still turn this round.

I’m not going to supply you with a how-to list, my role here is just to provide you with a gentle nudge. The next stage is down to you. It may not be easy and may require a re-think or a re-alignment. But we have a God Who relishes such challenges, so ask Him for help.

Evangelist Becky Pippert, bestselling author of ‘Out Of The Saltshaker’,... END_OF_DOCUMENT_TOKEN_TO_BE_REPLACED

We live in an increasingly secular culture. This should challenge... END_OF_DOCUMENT_TOKEN_TO_BE_REPLACED

That was the challenge levelled at historian Tom Holland on The... END_OF_DOCUMENT_TOKEN_TO_BE_REPLACED

Why we should celebrate our oldies END_OF_DOCUMENT_TOKEN_TO_BE_REPLACED

Global evangelist and founder of Christ for all Nations (CfaN)... END_OF_DOCUMENT_TOKEN_TO_BE_REPLACED

Tim Keller has claimed it is "harder" to be an evangelical Christian... END_OF_DOCUMENT_TOKEN_TO_BE_REPLACED

Brothers from Lahore have been sentenced to death after posting... END_OF_DOCUMENT_TOKEN_TO_BE_REPLACED

A woman, aged in her 30s, is critically ill after being found... END_OF_DOCUMENT_TOKEN_TO_BE_REPLACED