The second episode in which Bart Ehrman defends his latest book 'How Jesus Became God' against Simon Gathercole. Ehrman claims that the early church turned Christ into the son of God. In this episode they discuss the earliest Christian writings in Scripture, and whether St Paul viewed Christ as a highly exalted being or as God himself.

Cambridge scholar Simon Gathercole has contributed to a response book 'How God Became Jesus' (released at the same time).

For 'How God Became Jesus': http://www.zondervan.com/how-god-became-jesus.html

For the Euangelion Blog http://www.patheos.com/blogs/euangelion

This show brought to you in partnership with www.biola.edu/apologetics and in association with www.reasons.org

Get the MP3 podcast of Unbelievable? http://ondemand.premier.org.uk/unbelievable/AudioFeed.aspx or Via Itunes

You may also enjoy: 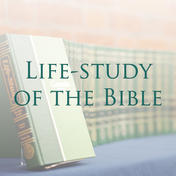 Schedule
Full Schedule
The Urban Alternative with Dr Tony Evans
Daily Hope with Pastor Rick Warren
Grace To You
Unlocking the Bible
Life Study of the Bible
In Touch Live
Back to Basics
Changing Your World
Worship Tonight with Muyiwa Olarewaju
Gospel Tonight
Hope Through The Night
You may also like...

American media outlets are reporting that police are investigating... END_OF_DOCUMENT_TOKEN_TO_BE_REPLACED

Christians in Russia are now banned from discussing their faith... END_OF_DOCUMENT_TOKEN_TO_BE_REPLACED

The Catholic Archbishop of Lahore has paid tribute to a man who... END_OF_DOCUMENT_TOKEN_TO_BE_REPLACED