Stephen Law is senior lecturer in philosophy at Heythrop College, London and director of the Centre For Inquiry UK. He joins Justin to reflect on his debate with William Lane Craig during the UK Reasonable Faith Tour where he defended atheism. Glenn Peoples is a Christian Philosopher from New Zealand.

He discusses Stephen's central argument against God - The Evil God Challenge and why he believes that the Moral Argument is the solution to it.

If you enjoyed this progamme you may also enjoy: 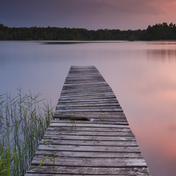 Unbelievable? Why the Bible makes sense of modern life - Tom Holland & Andrew Ollerton
It's still the bestselling book in the world. But can the Bible... END_OF_DOCUMENT_TOKEN_TO_BE_REPLACED

The mother-in-law of Aled Jones has defended him against a claim... END_OF_DOCUMENT_TOKEN_TO_BE_REPLACED

A Christian man who was allegedly beaten and threatened with... END_OF_DOCUMENT_TOKEN_TO_BE_REPLACED