In 1995 the Church of England allowed the ordination of Women priests. But the question of whether the Bible forbids female authority in the church remains.

Christina Rees serves on the Archbishop's Council and the General Synod. She advocates for women in ministry and female Bishops. John Richardson of the conservative Evangelical grouping Reform within the CofE disagrees with female ordination.

They debate Passages in the New Testament that appear to forbid women speaking in Church, the role of husbands and wives and the practical realities of men and women being church leaders.

For Women and the Church http://womenandthechurch.org/

If you enjoyed this programme you may also enjoy:

Unbelievable? 29 May 2010 - Homosexuality and the Bible This first show addresses the main scriptural passages that relate to homosexuality. 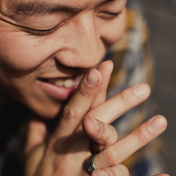 The Power of Faith

Schedule
Full Schedule
The Sunday Sermon
Worship at Home
Premier Life with Dr. Micha Jazz
Afternoons
Life Study of the Bible
New Horizons Live
The Power of Faith
The Leadership Show with Andy Peck
Across the Pond
Sunday Offering with Peter Kerridge
The Bible for Today with John Stott
You may also like...

Unbelievable? Is Christianity a white man’s religion? – Dr Vince Bantu and Dr AJ Varmah
Why do we often picture a Caucasian Jesus with blonde hair and... END_OF_DOCUMENT_TOKEN_TO_BE_REPLACED
Most Popular

Unbelievable? Is Christianity a white man’s religion? – Dr Vince Bantu and Dr AJ Varmah
Why do we often picture a Caucasian Jesus with blonde hair and... END_OF_DOCUMENT_TOKEN_TO_BE_REPLACED

Global evangelist and founder of Christ for all Nations (CfaN)... END_OF_DOCUMENT_TOKEN_TO_BE_REPLACED