Due to popular demand we are releasing an early Special Podcast Edition of the show featuring the full audio of the recent debate between William Lane Craig and Stephen Law on "Does God Exist". The debate took place at Westminster Central Hall on Mon 17 October in front of an audience of over 1700 people.

William Lane Craig is Research professor of Philosophy at Talbot School of theology, California and has debated leading atheists around the world. Stephen Law is Senior lecturer in Philosophy at Heythrop College, University of London & Provost of CFI UK.

The formal debate concluded with a sit down conversation, hosted by Justin Brierley, which includes written questions from the audience.

For more Christian/non-Christian debate visit http://www.premier.org.uk/unbelievable or get the MP3 podcast or Via Itunes

If you enjoyed this progamme you may also enjoy: 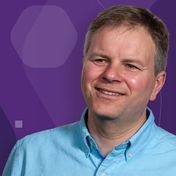 The Leadership Show with Andy Peck

Schedule
Full Schedule
Leading the Way
Telling the Truth
Faith, Hope and Love with Maria Rodrigues
All Together Now with Pam Rhodes
All Souls In Praise Bitesize
Daytime with Josh Carter Live
The Urban Alternative with Dr Tony Evans
Daily Hope with Pastor Rick Warren
Grace To You
Unlocking the Bible
Life Study of the Bible
You may also like...

The Supreme Court appeal for Asia Bibi will begin on Monday in... END_OF_DOCUMENT_TOKEN_TO_BE_REPLACED

Trust between married couples is typically stronger than between... END_OF_DOCUMENT_TOKEN_TO_BE_REPLACED