Church leader Steve Chalke is well known for his support of same-sex relationships. Ed Shaw is a same-sex attracted Christian whose traditional biblical convictions have led him to remain celibate. They discuss how churches should treat those in their congregation who are LGBT.

Jayne Ozanne, an evangelical and former member of the Archbishop's council - who recently came out as gay - joins by phone and we hear the story of Rosaria Butterfield's journey from lesbian activist English professor to becoming wife of a church pastor.

For the article Is the Church failing gay Christians? by Chalke and Doherty

Watch footage from the debate here

Get the MP3 podcast of Unbelievable? or Via iTunes 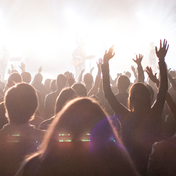 It is being reported that dozens of Palestinians have thrown... END_OF_DOCUMENT_TOKEN_TO_BE_REPLACED

Unbelievable? Giles Fraser and Amy-Jill Levine - Judaism & Christianity: Can we recover the Jewish Jesus?
Jesus was a Jew. But has Christianity become divorced from its... END_OF_DOCUMENT_TOKEN_TO_BE_REPLACED