5 ways to reach poorer communities with the gospel

In February, the Bishop of Burnley accused the Church of England of not investing enough money in poorer areas. Pastor of Ignite Elim Church Darren Edwards assesses the claim that the Church only cares about the rich, and suggests five ways for Christians to better reach poorer communities

According to the multiple deprivation indices, I work on one of the poorest estates in the UK.

During the past three years I’ve learned a few things about evangelism and church growth in deprived areas. As a church we have ploughed our money and our time into evangelism. As a result we’ve seen steady growth and an abundance of working class people come to faith.

A Christian leader once told me that planting a working class church was a bad idea because I would need money in order to reach the poor. He said that we should consider trying to attract middle class people so that they would bring some cash in for us to do mission among the poor.

However in general, I’ve found that the Church as a whole is very open to the poor. Our local vicar is one of the most caring and loving men I know. He has been in our area for over 20 years, and although he may not be chavvy, he’s Jesus to a poor and hurting place. His team are as passionate about reaching the poor as anyone I know.

In Lincoln we have loads of great missions and organisations that serve those living in poverty. However what many fail to understand is there is a very important difference between the mission to serve the poor, and the mission to evangelise the poor.

The ‘how many people did you lead to Jesus through this project?’ question is so important for us that we've ended up stopping a lot of our programs and projects when we've realised we're not winning the lost. It's surprisingly easy to spend thousands of pounds on projects which end up being nothing more than throwing our pearls before pigs.

Most would agree the Church does need to do more to reach people with the gospel. How can we do this well when working with a low budget among poorer communities? Here are some ideas:

A lot of the people I know tell me that they are attracted to our church because I am ‘normal’. This is obviously before they get to know me! But joking aside, we need to meet people where they are at.

If you're trying to be Jesus to Bob, but you're different in every way to Bob, then Bob will think that Jesus is different to him in every way too. This is why it's helpful to make sure we have working class Christians who can reach people like them.

I’ve found that you can only invite your friends to church so many times in a week before they become irritated and stop being your friend. For this reason, it’s a good idea to set your sights on breaking into new friendship groups with the gospel.

Church growth will stay steady if your congregation brings a new friend to church every 3-5 years, but you will see little explosions of growth if you break into new networks. We’ve recently started a fresh expression of church aimed at creative people in our city. We hope that we’ll open a few new networks in which to win the lost.

A large attractional event, like a community barbecue or cabaret, can attract more people, and have a greater number of people come to faith than a project that will cost you £10,000 over the year.

We run a cabaret every October called 180Degrees. It involves music, comedy and a story-based gospel preach. Every year without fail we add to the Kingdom. It costs around £500-£1000 and has brought more people to faith than a food project that we did which cost us £1000 to run for three months.

People go out of the back door as quick as they come in though the front door of church if you don’t give them a stable place to be taught. Fun and laughter bring a lot of people in, but depth in teaching keeps people around.

We run our sermon series for six months at a time and we go reasonably deep. We repeat ourselves a lot, and we ask people to dive into the Bible during life groups. This has almost doubled the number of regular attenders in church. Disciples make disciples so this is as important as getting people to put their hands up at the end of a preach.

5. Create a culture of evangelism

If you tell the church that it’s important for them to share their faith, but then they see that you don’t even have an evangelism budget, or that you spend ten times as much on salaries as you do on reaching the lost, they’ll know what’s really important…getting paid for being a Christian!

If you tell them that sharing your faith is an important part of your Christian faith, and then you have to read books to get testimonies of successful evangelistic campaigns, instead of using your own stories, then they’ll know that you don’t really care all that much. We need to put our money where our mouths are. 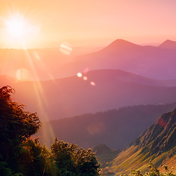 Care for the Family aims to promote strong family life and to... END_OF_DOCUMENT_TOKEN_TO_BE_REPLACED

Why we should celebrate our oldies END_OF_DOCUMENT_TOKEN_TO_BE_REPLACED

Pete Phillips explains why being a Christian does not mean magical... END_OF_DOCUMENT_TOKEN_TO_BE_REPLACED

The 300,000 steps in May challenge END_OF_DOCUMENT_TOKEN_TO_BE_REPLACED