UN officials have announced they will investigate atrocities in Iraq. It's after persistent reports that Islamic State fighters have carried out "acts of inhumanity on an unimaginable scale". They including beheadings, forced conversions, slavery and sexual abuse. Katie Harrison, Head of Media at Christian charity Tearfund, has just returned from Iraq and will be joining John Pantry to review the papers and tell us about her recent trip.

Plus the Bishop of Durham, Paul Butler, will be chatting to us. He's the Chair of the Churches National safeguarding committee and next week he'll be speaking at a Safeguarding Conference hosted by the Churches' Child Protection Advisory Service's - the leading Christian safeguarding charity in the UK. This comes in the wake of the alleged child abuse and cover up in Westminster in the 1970s and 80s, the Rotherham sex abuse scandal and countless stories of celebrity child molestation and clerical abuse. We'll be asking him does this country have a problem with sex abuse?

And John Pantry will also be catching up with best-selling Christian author Philip Yancey. He asks 'why has Christianity lost its attraction in our modern society?'. 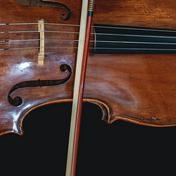 All Souls In Praise Bitesize

Schedule
Full Schedule
Leading the Way
Telling the Truth
Faith, Hope and Love
All Together Now with Pam Rhodes
All Souls In Praise Bitesize
Daytime with Charmaine Noble-McLean Live
The Urban Alternative with Dr Tony Evans
Daily Hope with Pastor Rick Warren
Grace To You
Unlocking the Bible
Life Study of the Bible
You may also like...

Global evangelist and founder of Christ for all Nations (CfaN)... END_OF_DOCUMENT_TOKEN_TO_BE_REPLACED

A vicar has been found dead in woodland near his home in West... END_OF_DOCUMENT_TOKEN_TO_BE_REPLACED

Rev Franklin Graham has spoken out against those who have supported... END_OF_DOCUMENT_TOKEN_TO_BE_REPLACED