Father Martyn Neale, a Church of England vicar at Holy Trinity, Hawley, Hampshire, was found by his sister, Janis Chandler, in the grounds of his home in Blackwater, after the 60-year-old failed to turn up to take her and their parents out for a day trip on July 25.

Ms Chandler told the Basingstoke inquest that she let herself into the vicarage and after finding the back door unlocked, she went into the back garden where she found a petrol can and a badly charred body.

She said: “I noticed the back door was unlocked, I went into the garden, as I turned right I saw a petrol can and walked further into the garden and saw something on the ground which was burned, I wasn’t sure at first, as I got nearer I realised it was a body.

“As I got nearer I could tell it was a body because there was a face, it was face down.”

Ms Chandler said she had been aware that allegations had been made against her brother and that he had been suspended from his post but she had not known the nature of the claims.

Paying tribute to her brother, she said “he would help anyone” and added: “We saw a lot of Martyn, we saw most days, he would always come and visit mum and dad, we were a close family.”

Detective Constable Matt Deery, of Hampshire Police, said: “Martyn was arrested on July 17 by the Metropolitan Police for historical sex offences from over 20 years ago.

“Martyn was released from custody later that day without any charges. It was an ongoing investigation. There were no restrictions to his movements.”

He added: “There were no indications that there had been forced entry to the building or any disturbance to the house or third party involvement of any sort.”

Coroner Andrew Bradley recorded a verdict that Fr Neale killed himself and gave a cause of death of third degree burns, adding that he had been identified by dental records.

He said: “Martyn Neale is found dead at home in the garden having effectively incinerated himself against a background of allegations of historical sex abuse.

“Whether the allegations are true or false is not a matter for me, they are matters for elsewhere.

“They have been made and they clearly weigh on him considerably.”

Describing the defendant, he added that he was “a tortured soul for whatever reason and that is the nature of the incident”.

“It’s contained, it’s brief but for Martyn it’s appalling torture, I can’t put it any other way.”

Addressing Ms Chandler, he added: “Please accept my sympathies, it’s a matter of such sadness, as much as you might sensationalise it, it’s a personal loss.”

A vicar killed himself by “incinerating” himself in his vicarage garden after he was arrested on suspicion of historical sex offences, an inquest has heard. 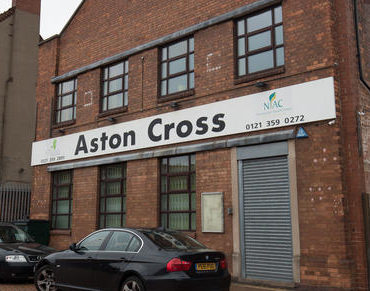 A man has appeared in court charged with attempted murder after a stabbing inside a church in Birmingham.