Instead of a Christian grace, a chaplain was asked to give a secular message during the Dragon Awards ceremony at the Mansion House.

Last week’s event, which celebrated the positive difference businesses are making in the local community, was held by the City of London Corporation.

Chaplain to the authority’s Lord Mayor, Rev Canon Roger Royle told the Sunday Times: “I had feedback from people who were very disappointed but that is the instruction I was given so that is what I did.”

Attention was drawn to the decision when the toastmaster announced a grace, before Rev Royle was forced to explain he would instead read an excerpt from the awards website.

The City of London Corporation told the Sunday Times: “[We] respect people of all religious beliefs and those who have none. The note of thanks felt most appropriate for our audience as a celebration of London’s diversity.”

Our winners pose with the Lord Mayor pic.twitter.com/NwGiu3l3Hh

Rev Royle told the newspaper: “I don’t see why we didn’t have a proper grace because the atmosphere of the evening was perfectly Christian and the message would be perfectly in keeping… I suppose it is partly this respect of the multi-faith world in which we live.

“In the City… you’ve got to make sure that God does get a look in.”

A prayer of thanksgiving was dropped from an official dinner in central London in the interests of “diversity”, it has emerged. 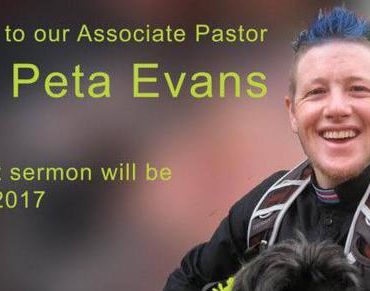 A church in Brighton has named a transgender man who identifies as neither exclusively male nor female as its new associate pastor.