The man made the gesture at SPAC Nation on Sunday after becoming a Christian.

The weapons were left at the alter as a sign of him turning away from violence. 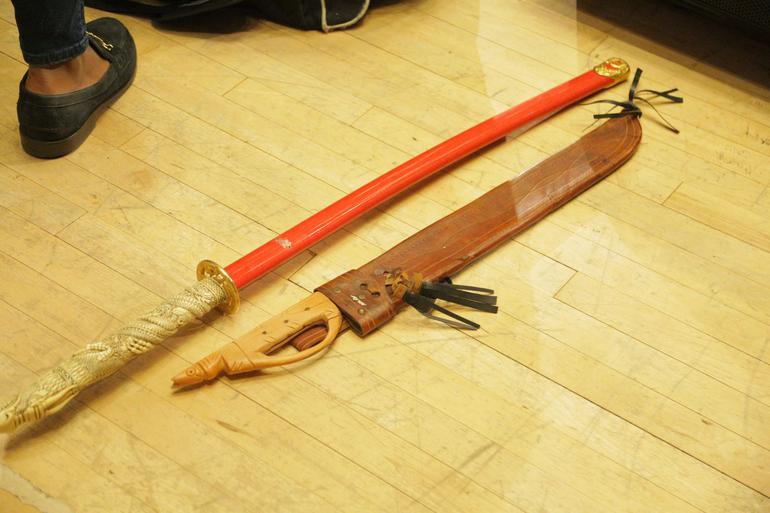 Leaders at the church then contacted the local police to pick up the weapons.

SPAC Nation has received widespread praise for the way it deals with people turning their lives away from crime. It regularly sees men and women handing over money, drugs and weapons after giving their life to Christ.

A Londoner has brought two huge swords to church after turning his life around.

What did Jesus do at Creation?