The End Hunger UK coalition is calling for a Government-led plan across all departments to tackle the causes of food insecurity and to free people from hunger over the next decade.

The coalition has written to the leaders of all the major parties at Westminster and representatives gathered at Sheffield Cathedral on Wednesday to call for immediate action.

A choir of food bank members and supporters in Sheffield also performed at the event.

Emma Revie, chief executive of the Trussell Trust, which supports a network of food banks across the UK, said: “9 in 10 of us think hunger in the UK is a problem. That’s a clear call to action from people across the country. Individuals and community projects are doing what they can to help people but if we’re to see change, we need our leaders to do their part.

“Hunger in the UK isn’t about food. It’s about money, and people not having enough of it. We’re a country of people that believe in justice and compassion. We have the power to reach a future where no one needs a food bank, but to get there we need our government to ensure those strongly-held values are lived out in policies that anchor people from poverty.”

Rt Rev Dr Pete Wilcox, Bishop of Sheffield, said: “It is an outrage that in our United Kingdom (one of the most prosperous nations on earth – one of the most prosperous nations in history), hundreds of thousands of people every week live in food poverty, unable to feed themselves in a way that is healthy and reliable and which does not involve making fundamental choices between food and clothing, food and fuel, food and shelter.

“It is a mark of the civilisation of a society, how well it provides for its most vulnerable and deprived communities. For Christians, the words of Jesus ring in our ears: ‘I was hungry and you fed me, I was thirsty and you gave me something to drink, I was a stranger and you welcomed me, I was naked and you clothed me’.

“Much as I am proud of the food banks and other vital projects run by churches to relieve the needs of individuals in need, the fact is that the time has come to act now to end UK hunger. I warmly support the campaign.”

The UK pledged in 2015 to end hunger by 2030, as part of its commitment to the UN Sustainable Development Goals, but End Hunger UK says no plan for how to achieve that has been drawn up.

The Government provided nearly £9 million this year for school holiday and activity pilot programmes and is introducing an annual measurement of household food insecurity.

As part of the 2018 budget, the Government agreed to spend an extra £1.7bn to address some of the problems associated with the roll-out of Universal Credit. 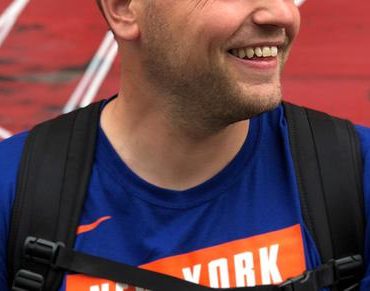 Inspirational Breakfast with Esther Higham Giving a window on the world of Digital online on YouTube. YouTube.com/IntroOutro is being used by God to reach out to Young People by Ben Cutting from YFC. Craig and John asked him “Does he do his job in his PJ’s?"