The Hillsborough disaster of 1989, which killed 96 people, left families without answers for years. However, Bishop James Jones was asked in 2010 to write a review of the experience of these families and how they were treated by the media, police and other authorities.

After a year and a half the Bishop has compiled their words into a report running to 120 pages. He concludes that families felt “patronised” and “dehumanised”.

He explained: “What happens very often when there’s a disaster is that the public inst involved official closes ranks, puts their own reputation over and  above the needs of the individuals, the aggrieved and the bereaved.”

It also features 25 points to ensure that no families should ever experiences the same things again.
He calls for proper participation of families at inquests and a ‘duty of candour’ by police officers who fail to co-operate into alleged offences or misconduct.

He recommends that parliament should consider a Hillsborough-law, which would create new criminal offences for people who cover-up failures.

This law has also been supported by the Mayor of Manchester, Andy Burnham and several Labour MPs who say it will also help those who were affected by the Grenfell fire.

The former Bishop of Liverpool, Rt Rev James Jones, has released his report into the experience of the families of the Hillsborough victims over the last 27 years. 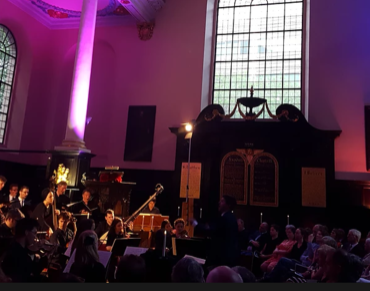 The Diocese of London has launched a new website aimed at welcoming musicians to book concerts and rehearsals at the city's churches.