The Church of Scotland Rev Dr Richard Frazer, convener of the Kirk’s Church and Society Council said: “This general election has been one of the most challenging of modern times, with the UK poised on the brink of exiting from the EU. The political logjam of the last few years has not been so much a failure of parliament to move forward, but more of a reflection of the way in which the country has been divided almost down the middle over the issue of Brexit.

“Now that there is a clear path forward and an opportunity for the process of Brexit to begin, it will take many more months of negotiation and disentangling properly to “get Brexit done”.

“In the process, we believe that the polarisation of the country over the last few years will not be readily healed and many people throughout the UK will feel that their voice has not been heard. The patterns of voting we have seen across the country reflect the reality that many people feel let down and frustrated that a country of such wealth as ours still has poverty and many struggle to make ends meet. With the country so closely split, and the people of Scotland having voted so very differently, much remains unresolved.

“It will require considerable grace, generosity and humility on the part of the government to bring the nation together.

“But more importantly, our world is facing the threat of climate change. It will require not just an act of political will but the renewal of our spiritual values to address this. We call on the new government to work for healing, justice and fairness for all, especially the poorest in our own communities and throughout the world, who always suffer the most. The Church is about hope and we will work with all who seek to nourish hope.”

She told Premier: “There was excellent work by the First Minister and getting that message across Scotland during the campaign.

“There’s lots of cross party consensual work that can be done and can be done in any government. I would like to think that MPs from all backgrounds will come together and on the issues that count for people where there is consensus and work together to make that happen.”

The Church of Scotland has given its reaction to the general election results after the SNP has made big gains across Scotland, with Nicola Sturgeon saying the country had sent a “clear message” on a second independence referendum.

So the election is done and dusted. Two-thirds of us voted and some will be thrilled at the results and others disappointed. A Conservative majority of 80 will end the frustrations of a hung Parliament and put pressure on the Government to deliver what it promised. A bad defeat for the Labour party, leaving them with the lowest number of seats since the heydays of Tony Blur, will trigger soul searching and possibly a change of direction. 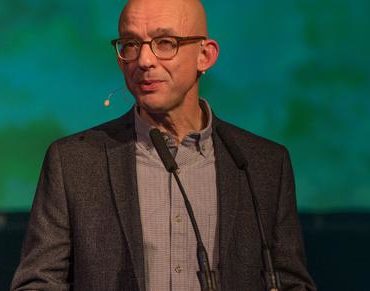