Let’s return to the Jewish objection that Jesus never referred to himself as Messiah. Just as with our search of the Old Testament, we got zero results with the English transliteration, “Messiah”, but hit the button with the original Hebrew words “anointed one”, we can do the same with the New Testament.

As the New Testament was originally written in Greek, if we search on the word more identified with the Greek than the Hebrew then we are more likely to get results. That word is, of course, Christ. When the New Testament writers translated from spoken Hebrew into Greek, they looked for the word that would best fit the translation of “anointed one”. That word was Christos. When the English translators created our New Testament from the original Greek, they simply substituted the word Christ for Christos. It is interesting to see that, in the only two verses in the New Testament that include the word Messiah, in both cases (John 1:41 and John 4:25), the word Christ is added in brackets afterwards!

A word search for “Christ” in the New Testament provides 531 results. Of these the following should be sufficient evidence of the fact that Jesus identified with the “anointed one”, or Messiah, or Christ, spoken of in Isaiah 61:1.

“Then he warned his disciples not to tell anyone that he was the Christ”. (Matthew 16:20)

“But Jesus remained silent. The high priest said to him, “I charge you under oath by the living God: Tell us if you are the Christ, the Son of God.” (Matthew 26:63)

“So when the crowd had gathered, Pilate asked them, “Which one do you want me to release to you: Barabbas, or Jesus who is called Christ?” (Matthew 27:17)

“I tell you the truth, anyone who gives you a cup of water in my name because you belong to Christ will certainly not lose his reward.” (Mark 9:41)

“Let this Christ, this King of Israel, come down now from the cross, that we may see and believe.” Those crucified with him also heaped insults on him.” (Mark 15:32)

“Did not the Christ have to suffer these things and then enter his glory?” (Luke 24:26)

“He told them, “This is what is written: The Christ will suffer and rise from the dead on the third day,” (Luke 24:46)

What is a Messiah?

The real clincher, is the following verse, the only time he referred to himself as Jesus Christ, Jesus the Anointed One.

“Now this is eternal life: that they may know you, the only true God, and Jesus Christ, whom you have sent.” (John 17:3)

This is in his great prayer for himself, where he summarises his mission so far and prepares himself for the next, final, stage of his life on Earth. We investigate further next week …

Did Jesus ever call himself the Christ? 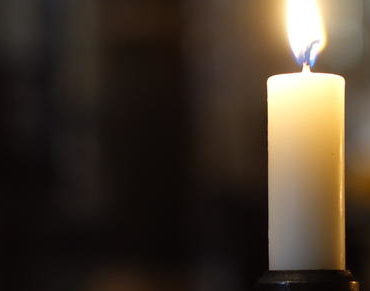 The Diocese of Salford has announced plans to establish a Permanent Diaconate.