David was born into a religious family in Russia in 1857. He was aware of God from an early age, aware of his need for reconciliation with his maker. When he examined his heart he found, in his own words, nothing but “blackness of darkness”. His soul was on a search and despite keeping all the laws and ceremonies of the Rabbis and the Talmud, he was restless. He had an early sense of the futility of his good works and religious observances, because they were done out of religious duty rather than love of his Creator. The more religious he became, the more miserable he became. He prayed for something more, the “right spirit” and the “new heart” that King David himself yearned for. So he consulted others, who told him not to worry, he was a good Jew, what more could he do? 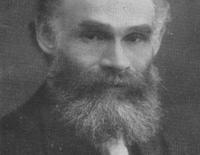 His knowledge of the Bible became a condemnation for him. He knew that “the soul that sinneth, it shall die” (Ezekiel 18:20) and that “it is the blood that maketh an atonement for the soul” (Leviticus 17:11). Where could he find that forgiveness for his sins that he ached for? He yearned for the burden to lift, but without reconciliation with God he could find no relief in the religious system he was born into.

When he was young he had a serious accident and nearly died. This terrified him and he begged his mother for reassurance. His mother responded, “you have been such a good boy, and should you die you will go to heaven.” This did not impress him and he rebuked her saying, “I have not been good, and if my getting to heaven depends on my own goodness I shall never get there.” His was a tortured childhood.

But God had a plan for him and brought him in contact with two Christians, a Jew and a Gentile. They spoke to him of a Saviour, but at the mention of his name, David was filled with hatred and prejudice. No wonder really, as his only knowledge of Jesus was one who urged his followers to serve idols and persecute the Jews. From the age of four his mother taught him to say, whenever he passed a Church, “thou shalt utterly detest it, thou shalt utterly abhor it; for it is a cursed thing” (Deuteronomy 7:26). He was taught that Christianity is for Gentiles and so, to meet a Jew who professed to believe in Jesus was startling and disconcerting. The man must have been bribed, was his conclusion!

Yet this apostate, this meshumed seemed happy and contented and had a peace and an assurance that David had yearned for his whole life. In one conversation, the Jewish believer confessed, “as for me, I tell you honestly, as in the sight of God, that I have never known what true happiness is until I found it in Christ.” David tried his best, using his knowledge of the Hebrew Scriptures and Talmud to argue against the Messiahship of Jesus, but the one stumbling block was the evident happiness such a belief had brought to this man.

Soon afterwards, David read the New Testament for the first time. The words exploded at him. Having been brought up to believe that Jesus of Nazareth was a false prophet, here was this man teaching men to do nothing other than worship the One God, the only living and true God, the God of Abraham, Isaac and Jacob, the God of Israel. Of particular impact were the words of Jesus, “thou shalt worship the Lord thy God, and Him only shalt thou serve” (Matthew 4: 10). The following section, the Sermon on the Mount, simply blew him away. As he continued to read he came to the realization that “this man spoke as never man spake!” Yet this was the man that the Talmud spoke of as “the greatest sinner in Israel”.

David was nothing if not thorough. Without any help or counselling, he read and examined the New Testament over a period of twelve months, analysing it and comparing it with the Old Testament. Yet the effect of this was to burden his heart even more as he came to the realization that salvation can only be obtained as a gift from God through faith in Jesus Christ, and that his own righteousness apart from this salvation avails nothing in the sight of God.

His training and upbringing gradually unravelled as he considered his prayer life, his strict observance of the ceremonies prescribed by the Rabbis and the study of the Talmud. It all seemed so easy, to be saved just by faith in Christ? What about his years of training and learning. Did it count for nothing? Yet he still clung on. “Oh, my God!” he cried, “cast me not away from Thy presence in this manner. I am a Jew, a child of Abraham, Thy friend; from my youth I have tried to keep Thy holy law. Why dost Thou thus punish me, withholding from me that peace and rest of heart without which life is a burden to me? Hide not Thy face from me, lest I be as those who go down to the pit!” And still no peace came.

Gradually his ingrained hatred for the Name of Jesus broke down, as the Scriptures sunk in. Did not Jesus show nothing but love to the Jews? Did He not weep over Jerusalem? Was He not moved with compassion for them? Did He not even pray for his murderers on the very cross on which they crucified Him?

One day, he just gave in. In his own words he explains:

“By the help of God’s Spirit, I cast myself on my knees one evening and exclaimed, “Oh, my God, if Thou canst not save me on any other condition but faith in Jesus, be pleased to give me that faith, and help me to love that most precious Name which I have so long hated and despised. Thou hast promised to save unto the uttermost all those who come unto Thee in His Name: Oh, save me!” I remained on my knees some time and, when I rose, I could indeed sing, “O, LORD, I will praise Thee: though Thou wast angry with me, Thine anger is turned away, and Thou comfortest me. Behold, God is my salvation; I will trust, and not be afraid: for the LORD JEHOVAH is my Strength and my Song; He also is become my Salvation” (Isaiah 12:1-2).”

David Baron became a mighty man of God. Having worked with missions to Jews, he co-founded the Hebrew Christian Testimony to Israel in 1893, in Whitechapel, London. Amongst the books he wrote are “The Ancient Scriptures for the Modern Jew”, “The Visions and Prophecies of Zechariah”, and “Types Psalms and Prophecies”.

How a poor Russian Jew found his Messiah. 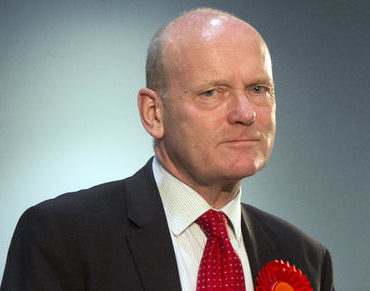 The mayor of a London borough which placed a girl from a Christian family with two Muslim foster families has defended its selection processes.