I have been writing on this particular subject since 2007, with arguably every book delving into it in one way or another. For those who haven’t shared this journey, this is to bring you up to speed … 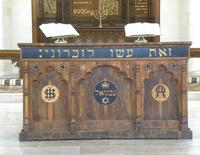 Hebraic Church. A purposefully provocative title. Why would that be? Some would call it an oxymoron, two words that clash, that shouldn’t be spoken together. Why would that be? We have 1,900 years of Christianity to explain that one. The first reality is that the initial generation of the Church was thoroughly Hebraic and didn’t need to be told so. The second reality is the sad fact that the current generation of the Church would run a mile rather than be described as Hebraic, for the single reason that this name has become burdened by prejudice and misunderstanding.

Hebraic? Surely we have moved into an era of grace and forgiveness, we don’t want to be dragged back into legalism, do we?

Hebraic? This is a Jewish thing. Do you want us all to become Jewish, God forbid?!

Hebraic? You mean like those misguided Christians who dress and act as if they are Jews? You can count me out of that one!

It’s a loaded term. There’s a lot of layers you need to strip out before you arrive at the naked truth. There was a time when the Church was Hebraic but the Church in the UK and the Western world generally isn’t now (though elsewhere it is often a different story). It is time I explained what the fuss is all about.

So it is time for a definition. Being Hebraic is not easily described by one glib phrase because the very essence of matters Hebraic is to transcend the way we currently look at the World around us.

Being Hebraic is not becoming Jewish or legalistic or any of the other false labels that have become attached to it, either through incorrect perception or mistaken practices.

So what is it?

Being Hebraic is to enter into the way that Jesus, his disciples and the Old Testament characters thought, and processed their thoughts.

Being Hebraic is to act always to please God and not man.

Being Hebraic is to have a sincere desire to know God, rather than know about Him.

Being Hebraic is to be thoroughly community-minded rather than a disconnected individual within a community.

Being Hebraic is to fully trust the unchanging Word of God rather than relying on interpretations by the mind of man.

Being Hebraic is to acknowledge that there can be more than one way to crack a nut!

You may have got the gist, or this may seem a rather random set of definitions. Or you may even disagree with one, some or all of them.

If this is so, then let me add one more definition … next week!

This is an extract from the book, Hebraic Church, available for £10 at https://www.sppublishing.com/hebraic-church-101-p.asp 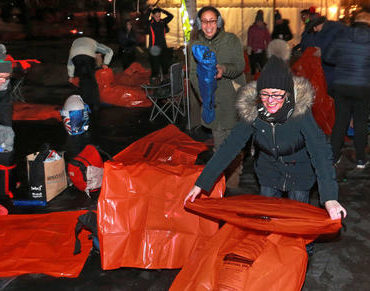 A Christian charity has received £25,000 of funds raised from a sleepout held in Edinburgh overnight on Saturday to raise money to tackle homelessness.