First let us listen to a 19th Century English cultural commentator, Matthew Arnold, quoting from his essay, Culture and Anarchy.

We show, as a nation, a great energy and persistence in walking according to the best light we have. We may regard this energy, this obligation of duty, self-control, and work as one force. And we may regard the intelligence driving at those ideas, the indomitable impulse to know and adjust them perfectly, as another force. And these two forces we may regard as in some sense rivals, as exhibited in man and his history and rivals dividing the empire of the world between them. And to give these forces names from the two races of men who have supplied the most signal and splendid manifestations of them, we may call them respectively the forces of Hebraism and Hellenism. Hebraism and Hellenism, between these two points of influence moves our world.

He has introduced these mindsets in a truly grand manner, as if they are the only true motivations that mankind has. This is a bold statement to make, but is it true?

Let’s first see how Arnold introduced them. Hebraic thought is bound up in

obligation of duty and self-control, whereas Greek thought is characterised by the indomitable impulse to know and adjust the ideas of man.

So first impressions are that Greek thought is bound up in thinking about things, whereas Hebraic thought is all about doing things the right way.

Let’s pause and consider this rather simplistic definition. In fact let’s have a wander around the garden while we are doing so; let’s return to the Garden of Eden.

And the LORD God commanded the man, “You are free to eat from any tree in the garden; but you must not eat from the tree of the knowledge of good and evil, for when you eat of it you will surely die.” (Genesis 2:16-17)

Before Adam fell from grace he was quite a busy boy. He had started his reign as King over the animals, birds and fish with the specific job of naming them. After he fell from grace the first thing he did was to realise that he was naked and out of that thought came two actions, the procuring of underwear and a sudden fear of God. Yet Adam and Eve were naked before they had eaten the forbidden fruit and had felt neither shame nor fear then. What was the difference? The difference was that they now, in some mysterious way, had knowledge of good and evil and had woken up to the inner life of the mind, with new ideas about their state of undress. Ask yourself this – where did this new knowledge come from? It wasn’t from God or the snake, otherwise we would have been told so. It was from their own reasoning. We, too, have inherited this new trait; it is part of what we are as fallen creatures.

It’s almost as if … and I confess I am making a jump here, but please indulge me … the default state for man (and woman) since the fall is a propensity to think about things, to procrastinate, to rationalise. This would contrast with the default state of Adam before his fall as one who did things. Could this mean that the Hebraic mindset was the original default and the Greek mindset is the new default? Before you totally dismiss my imaginings, just hold these ideas in mind until I return to them shortly.

Let’s go back to our 19th Century friend, as he develops his argument:

The governing idea of Hellenism is spontaneity of consciousness; that of Hebraism, strictness of conscience. Christianity changed nothing in this essential bent of Hebraism to set doing above knowing. Self-conquest, self-devotion, the following not our own individual will, but the will of God, obedience, is the fundamental idea of this form, also, of the discipline to which we have attached the general name of Hebraism.

So Arnold equates Christianity, with its accent on obedience to the will of God, with Hebraism. One further quote from him to really seal the deal on this:

As Hellenism speaks of thinking clearly, seeing things in their essence and beauty, as a grand and precious feat for man to achieve, so Hebraism speaks of becoming conscious of sin, of awakening to a sense of sin, as a feat of this kind. It is obvious to what wide divergence these differing tendencies, actively followed, must lead.

What are the two forces that shape our World? 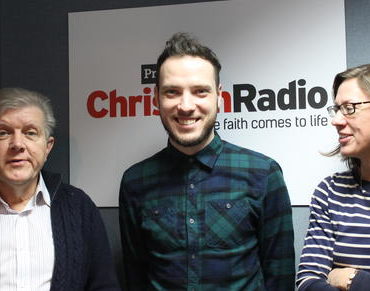 Inspirational Breakfast with Esther Higham What kind of music does your Church play? Is your worship soft-rock based or something more traditional?If it's the former, you'll love Matt Hill - a singer-songwriter who followed his father around huge arenas and stadiums as a child and now writes music of his own.Matt joined John and Esther in the studio to talk about worship music, his debut album Masterpiece and to play some tracks live.